Can’t get enough tributes? Here’s more gathered more tributes for the Fallen44, here highlighting one made for the PNP and by a private individual. Good enough the Fallen44 Philippine National Police Special Action Force that saw action in the cornfields of Mamasapano, Maguindanao province.

On the fateful day of January 25th, operating on “Oplan Wolvrine” hundreds of well-trained police commandos matched will power, bullet and obedience against the terroristic Muslim separatists, extremist rebel forces belonging to the Moro Islamic Liberation Front and the Bangsamoro Islamic Freedom Fighters.

The rest of the story that happened in the killing cornfields of Mamasapano town is history that the administration of President Benigno S. Aquino, his minions, including suspended then later resigned PNP police chief Alan Purisima and outside foreign influence has to answer straightforward. They owe the Filipino nation an answer devoid of lies and nothing but the bare truth.

If Aquino can not devulge the truth, he will forever be hounded, haunted by the ghosts of his lies, long before he has vacated Malacanang. It is one of the incidents, like typhoon Yolanda, that will define his administration.

Power blackout caused by blocking of transmission system from Luzon to Visayas. Flow of power from Luzon going to the Visayas has been stopped after a high-voltage direct current (HVDC) transmission system has been blocked, the National Grid Corporation of the Philippines (NGCP) reported Friday. The grid operator, however, did […]

Watch the fast paced version (Cbanga360.net version) of the discussion by the lower chamber of the Philippines’ congress, the House of Representatives on the proposed 2018 budget of the Commission on Human Rights. Follow the discussion as the representative from the Party List Sagip, the Honorable Rodante Marcoleta take the […]

Echinopsis cactus surprise summer bloom. This angiosperm in the family of Cactodeae, specifically in the genus Echinopsis, was first nortured starting with just one tiny “bulb”. Easy to grow with no special care, and handling involved, the plant needs less watering, and grows better alternately under the sun, and under […]

This is the law which many could have been waiting for. Carnapping in the country will soon be a non-bailable crime with a longer stay in the prison for offenders. It is because the new anti-carnapping law will soon take effect 15 days after its publication. These are the salient […]

Supreme Court favors the declaration of Martial Law in Mindanao

Check this out! Hackers striked back. This time, not only one but more websites were hacked and taken over, identifying themselves as ‘Pinoy Hackers.’ We sample one hacked site, http://www.fliptoplines.com and the defaced front page displays the message “Pinoy Hackers,” and with the message “Greetings Philippines! We are Pinoy Hackers. […]

TS “Lando” maintains strength, will threaten most of Luzon

Tropical storm “Lando” has maintained its strength and will threaten most parts of Luzon in the next two to three days or until weekend, according to Philippine Atmospheric, Geophysical and Astronomical Services Administration (PAGASA) on Thursday. In an interview, PAGASA weather forecaster Shaira Nonot said that as of 4 a.m. […]

MANILA — A simultaneous flag-raising and wreath-laying ceremonies at 8:00 AM on June 12, 2016, in all places of national significance in the country will highlight the 118th anniversary celebration of the proclamation of Philippine independence. Secretary Mel Senen S. Sarmiento of the Department of the Interior and Local Government […]

Flowers for the grieving heart

Our family, and perhaps much of the folks in our place, have that very close family and extended kinship ties. We still know our cousins up to that we might call “fourth cousins,” fourth degree of consanguinity! (Memory and Tongue twisters: 1st cousins are my parent’s niece and nephews on […]

CEBU CITY — The Cebu Provincial Detention and Rehabilitation Center again grasped the news limelight, but on a different angle. The detention center in the premier city of the south used to be famous with the dancing inmates in years past. But a new series of controversies engulfed CPDRC which […] 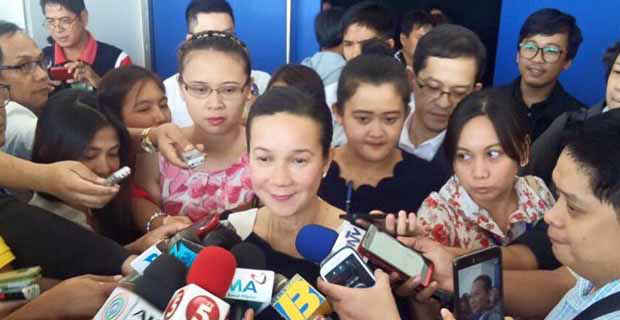 It’s official, Poe seeks SCOTP reversal of Comelec DQ verdict. Yes the camp of Senator Grace Poe on Monday asked the Supreme Court of the Philippines (SCOTP) to stop the decision of the Commission on Elections that disqualified her to run in the 2016 presidential polls. Counsel George Garcia, filed […]

Emerging new details about the author of CIA whistleblower complaint will be flushed out? US west coast-based broadcast network reveal an important update on the whistleblower saga hounding the White House. In what could be a tenuous assertion of any wrongdoing on the current POTUS (president of the Untied States) […]

After careful consideration, Cbanga360.Net switches back in time to a dated and quirky theme of a few eons back. The change was made into effect last week bringing upfront past and previous posts (Throwback and Upcoming) to our readers which are still relevant and were most read that time. This […]

We are sharing the simple experience of how we got 1,000 yes 1K bananas from YouTube. So watch the video and learn how and why. At last, YouTube confirms we have got 1K subs and over 4K hours of watched time. Our effort paid off. Watch the video from our […]

MANILA, March 27 — Some 5,000 women from Metro Manila and neighboring provinces availed of the sari-sari store training and access to resources program of the Technical Education and Skills Development Authority. The event was held at the SM Mall of Asia, which coincided with the end of the celebration […]

CALABANGA, Camarines Sur — As third district Congresswoman Leni Robredo got elected vice president in the May 2016 national elections, a barangay in the town of Calabanga was dragged into the limelight. It is because Robredo harvested all the votes of the entire village of Punta Tarawal of this town […]

A feisty but visibly irked President of the Philippines (POTP) Rodrigo Duterte has remained defiant amid the pronouncement made by Chief Justice Maria Lourdes Sereno on the inclusion of some judges in the list of persons allegedly involved in the illegal drug trade in the country, during his speech in […]

MANILA, Nov. 8 — In a 9-5 vote, the Supreme Court of the Philippines (SCOTP) dismissed all petitions seeking to block the burial of former President Ferdinand Marcos at the Libingan ng mga Bayani in the City of Taguig. This spells victory for burial proponent, President Rodrigo Duterte. The SC […]