On this year’s commemoration of martyrdom of Jose Protacio Rizal, we join the folks at the Luneta Park and those in their respective homes at observing the momentous event that dates back into the waning hours of the occupation of the Spanish conquistadores. That was 122 years ago!

On many many years and most of the time I just watch the TV and it was playing live, covered for my convenience.

n So today, I thank modern technology, not only I can watch the event on TV, it is also true for other and similar events. and the plus side, it can be viewed on social media platforms, too.

The program started with a flag raising and singing of the national anthem Lupang Hinirang.

But while I would like to play rewind full blast the anthem as part of this post, we just are too mindful of internet trolls, and the all powerful censorship and the copyright guys who don’t (even) own the music but have the penchant for claiming and ruining Youtube channel owners. I have checked out and verified so many, it resulted into strike for the owner which could lead into (possible) closure of account. And that we want to avoid from happening.

So this coverage took full control of that issue but show the footage and sounds that will not diminish the thunder and rightful remembrance of the event.

I was looking for the POTP, of course, Mr. President, Rodrigo Duterte in leading the event. Where in the world was (President) Rodrigo Duterte on Rizal Day (celebration)?

He was nowhere to be found within the immediate radius of the venue. Was he inside the Malacanang Palace? In his Davao City? Oh yeah, he could be there somewhere.

Thankfully, we have the always ready presidential (presidentiable) spare tire, The MAN OF THE HOUR to save the day, Mrs. Leni Robredo, the vice president of course. The VPOP. The Vice President of the Philippines!

I know, I know, skipping programs like this will not ever help the president. But visitng troops around the country, boosting their morale and feeding them with tokens, checking their loyalty to the chief executive is the most important part of his task, It will help him stay safe from harm. That I truly understand.

Back to the program now, we are glad it all went well amid the seemingly cloudy sky. But hey, good one for the VPOP. Hope to see her on more occasions that showcases her character without uttering anything. Way to go VPOP!

Watch the video rendition of this transcript on the official Red Monkey Talks Youtube channel, the link HERE. Or, simply play it below:

NASA explains why on end-of-year of December 31, 2016, the official clocks around the world has added a leap second just before midnight on coordinated Universal Time. The adjustment was equivalent to 6:59:59 p.m. EST, it disclosed. The agency has been very particular of the exact time, making sure that […]

The Commission on Population (POPCOM) Bicol regional office reported that early pregnancy and lack of knowledge in FP are main reasons behind its over 5.1 million population.

This is part two of the photo recap of the Penafrancia fluvial procession last Saturday. This is a photo-study of how people waited for the procession and the fluvial event in back yards, alleys, and every available space one can occupy to gaze at the passing venerated images of the Divino Rostro and the Virgin of Peñafrancia.

CamSur electric cooperative on the verge of power disconnection

The proverbial “sword of Damocles” hangs over the lifeline of another electric cooperative in Bicol. This time, it is the Camarines Sur II electric cooperative (CAURECO II). Casureco II recently received the notice of disconnection from the Philippine Electricity Market Corporation (PEMC) that could be effected on Wednesday, January 15. […]

As of end of day of April 13, 2016 here is the current medal standing of eighteen competing regional athletic teams on the on-going Palarong Pambansa being hosted by the province of Albay with competition venues spread about the facilities in towns and Legazpi city. Dominating the harvest of gold […]

Laptop ban reduce passenger demand on US-bound flights from ME

It is summer, Clivia Miniata blooms

Seven years in a row, our lily house plant consistently blooms. We are referring to the Clivia Miniata, also known as Natal Lily, bush lily or Kaffir lily. From just one plant nine years ago, it spawned a new offspring after five years which was transplanted to a new pot. […]

CAIRO, March 29 — An Egyptian passenger plane flight MS181 en route from Alexandria to Cairo was hijacked and landed at Larnaka airport on the south coast of Cyprus, according to the Egyptian Ministry of Civil Aviation and Cyprus state radio. It was also confirmed that the plane’s pilot was […]

Watch Stupid Evil Deadly Traditional Politics of the Philippines. The Rodel Batocabe Murder. Many hearts bleed for the lives that are wasted and lost on a daily basis in the country. Some lives are lost by operation of the law as in the continuous drug excursions conducted by police authorities […]

Duterte wants you to know he got highest award from the Knights of Rizal. On Thursday night, the Knights of Rizal conferred the highest honor it gives to an individual on President Rodrigo Duterte in a ceremony at the SMX Convention Center in Davao City. He was honored with the […]

That is why a person should not share some very personal stuff to another, especially when the thing contain controlled substance like one in an asthma inhaler. One can look at it as ridiculous but it happened in Texas, USA. Two honor students in Dallas were suspended and faced 30 […]

Millions of pesos will change hands in congress to pass the BBL?

MANILA, March 21 — How often do many hear this general observation and commentary that when there is smoke, there is probably a fire causing it. Now we read about the multi-million pesos payoff rumor to lawmakers just to make the passage of the much criticized government endeavor on peace […]

WASHINGTON, D.C., April 25 – While the result of her efforts are yet to be known in the months to come, Philippine government peace panel chair Prof. Miriam Coronel-Ferrer received this year’s Hillary Clinton Award for Advancing Women in Peace and Security. The award, personally handed by Clinton and Georgetown […] 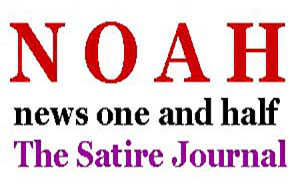 Introducing NOAH, news one and half, The Satire Journal

Introducing and please welcome NOAH. Newest to debut in our topics and categories is our “NOAH,” news one and half, the satire journal, the comic and satire on politics, events and objects, personalities included, with pun always an intention. In Bicol, we refer to its undertone with “Borobentot, an tamaan […] 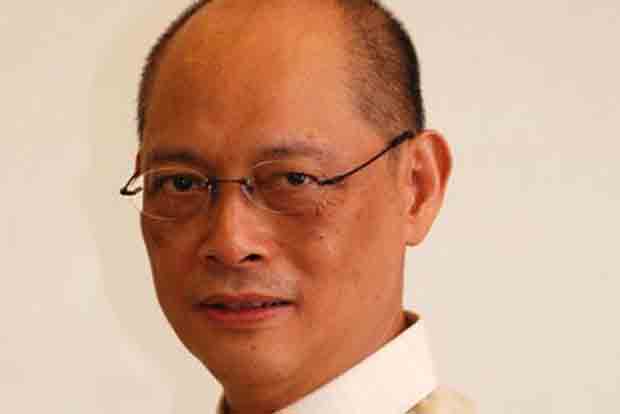 No economy is an island, so will PH get hit by BREXIT?

Not yet in and yet, the choice technocrats of the incoming Duterte regime are quick to sound off that the European phenomenon called BREXIT, the departure of the United Kingdom (also known as Great Britain) from the European Union will have no effect on the local economy. While many countries […]

Vice President Leni Robredo campaign in Ilo-ilo coincided with the 36th anniversary of the peceful Edsa People Power revolution, Feb. 25, 2023. The clip below is another #short take and quick flashback of her speech before thousands of Ilonggos and supporters. Author Recent Posts Red Monkey Talks Latest posts by […]

Watch this livestream event as US President Donald J. Trump holds “MAKE AMERICA GREAT AGAIN” peaceful rally at The Villages Polo Club at The Villages, Florida. Other Republican candidates are expected to join the campaign. The 45th US president hits the campaign trail again after his easy win in the […]