This is hilarious. Senator Leila de Lima get back at the recent tirades from President Rodrigo Duterte with this message: “Stop harassing me. What do you want from me? Do you like me?”

The lady senator who has become the “apple of the president’s eyes” expressed on Monday that “Duterte is the lowest, vilest man in the country” following the fresh tirade hurled against her.

Telling reporters in an interview, “For me, he’s now the lowest, vilest man in the country.”

The senator said that she felt more pity for the President now, describing him as going ballistic.

“The President’s foul mouth has again desecrated the hollowed grounds of Malacañang with personal attacks against me,” de Lima said in a statement.

“I cannot resist asking the President, what do you see in me that you find so sexual? Why is your mind so fixated on my sexual aspect? You are so obsessed with me?” she added.

Duterte, during the oath-taking of Malacañang Press Corps officers earlier, hit de Lima anew for her claim that inmate Jaybee Sebastian was a government asset.
He meanwhile suggested that Sebastian was perhaps de Lima’s “sexual asset”.

He further reiterated that de Lima was involved in “narcopolitics” and that she “screwed not just her driver but the entire nation”.

De Lima asked the President anew to stop harassing her.

“Stop harassing me. What do you want from me? Do you like me?” the senator said. (from PNA report)

Eight-time world champion Manny Pacquiao makes his comeback known with a convincing victory over Brandon Rios at their bout held at the Cotai Arena at the Venetian in Macao, China. In the 12 rounds Pacquiao dominate the bigger Rios landing uppercuts and straights, with the southpaw cruising to a unanimous […]

This is part two of Semana Santa schedule of activities and programs as released by the parish pastoral council of Our Lady of Porteria in Calabanga together with Rev. Fr. Abenson C. Martinez and Ref. Fr. Danilo V. Arnante. Domingo nin Pagkabuhay-Liwat ni Jesus (Please bring candles for the renewal […]

Farmers of Bato town of Camarines Sur province cluster their farms into a vast area for corn plantation as the municipality gears toward top production of the crop in the entire Bicol region. The DA’s regional field unit in Pili, Camarines Sur, recently held a two-day consultation, planning workshop and […]

One hundred fishermen from the town of Mercedes in Camarines Norte province received fishing boats worth P1,884,115.00 from the Department of Labot and Employment. The beneficiaries came mostly from the coastal barangays of Catandunganon, Mandisok and Kulasi of said town. The boats were made by a local craftsman which was […]

Pope Francis in the USA – Visit to the United Nations

Pope Francis in the USA – Visit to the United Nations After spending his first days in Washington, D.C., the Holy Father visits New York, this time to speak before the United Nations General Assembly. Watch the live stream event and check out the message of Pope Francis. Scheduled for […]

LEGAZPI CITY — At the rate they are operating, the Bicol PNP is more pumped-up in the campaign against illegal drugs in the region, more than ever. What with the strong support from both the chief executive himself and his alter ego in the police heirarchy. So now, with the […]

Watch: This is the P310-M Albay Pantao Regional Port of nothing

After posting the article covering the much vaunted Pantao regional port located in Libon town of Albay province we dig a foot deeper and decided to go ahead with an update and rejoinder about the project. Envisioned to boost a “robust economic corridor in southern Luzon, specifically for Daet, Naga […]

Overseas Filipino workers in the Middle East are feeling the crunch already brought about by the diminshing world price of oil and political turmoil. Government contigency measure for OFWs displaced by oil price dip are all talkies. Quick to beat the punch and react, the Philippone government in a press […]

The Move to Partition Camarines Sur Into Two Provinces

How much of ground swell is (being) gathered by the proposal to carve out a new province from the current territorial jurisdiction of Camarines Sur? The exact and final answer to that will be known in the days ahead.

What’s next when truth is twisted and served as fake news? On Monday, President Rodrigo Duterte doused cold water on the fake news article published maliciously by a dubious, fake news web site, obviously supportive of the administration but into overdrive attack against critics, particularly vice-President Leni Robredo. Author Recent […] 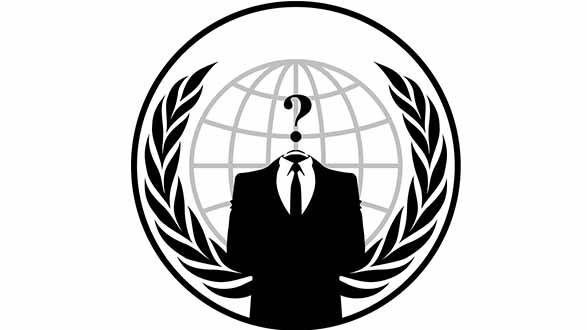 What better way to protest the slow internet speed prevailing in the Philippines? Well, hackers took possession of the National Telecommunications Commission website on Sunday. The main purpose could be to show a strong protest on the very slow, in fact, one of the lowest internet speed in the world. […]

The Senate on Wednesday ratified the bicameral conference committee report on the disagreeing provisions of the Sangguniang Kabataan (SK) Reform Act. A total of 16 senators voted in favor while none opposed the bicam report. Senator Vicente Sotto III cast abstention vote. Senator Paolo Benigno ‘Bam’ Aquino IV, one of […]

Why Bongbong Marcos wants Leni Robredo out as Vice President

Pope Francis was “caught” off-guard, it seemed, when a devout (Catholic? Asian?) by-stander grabbed his hand. He reacted by slapping the woman’s hand and pulled back his arm. This must be the reason why he suddenly departed from his scripted words during the Wednesday service. He went on to apologize […]