Despite many who are against the move, including civil organizations, victims, relatives of victims and survivors, the move to finally intern the body of former President Ferdinand Marcos to the Libingan ng mga Bayani at Fort Bonifacio is almost set.

The Palace on Sunday night confirmed the assignment of task to the Philippine Veterans Afffairs Office in the suprvision of planning and preparation of the long-awaited internment.

In a statement, Malacañan said “The Philippine Veterans Affairs Office (PVAO), the same government office that supervises and administers the Libingan ng mga Bsyani, has been designated as the office with primary responsibility for the planning and preparations for the event, including close coordination with the Marcos family.”

Meanwhile, the Marcos family has already sent representatives to look for a site at the Libingan in Taguig City.

He clarified that the Army is not involved in the preparations, but will help once the final directive is issued.

Representatives of the Marcos family coordinated with the PA regarding entry to the Libingan ng Mga Bayani.

Earlier, stories were attributed to President Rodrigo R. Duterte who has given the go signal for the transfer of the former President’s remains at the Libingan with the internment earmarked next month, September 18 of this year.

It must be recalled that during the Election 2016 campaigns, then candidate Duterte responded to queries favoring the final burial of the former strongman to the Libingan.

Marcos, Sr., the father of former senator Ferdinand Marcos, Jr., held the presidency from 1965 to 1986, the longest for a Philippine leader.

He declared Martial Law in 1972 up until 1981. After the snap presidential elections in 1986, a People Power Revolution deposed him from the palace and forced him and his family to flee to Honolulu, Hawaii. (from PNA story)

A P300 billion urban development project, that will be implemented through public private partnership, is now on the drawing board of the Legazpi city government. The project involve the reclamation of a vast portion of an area off the shoreline covered by two barangays at the southern coast here, City […]

On the first week of February, 2012, we were able to complete installation of the new internet security program on five notebooks and two desktops running the Windows operating system in our network. There is no better way to safeguard the machines but make a sizeable investment. It also gives […] 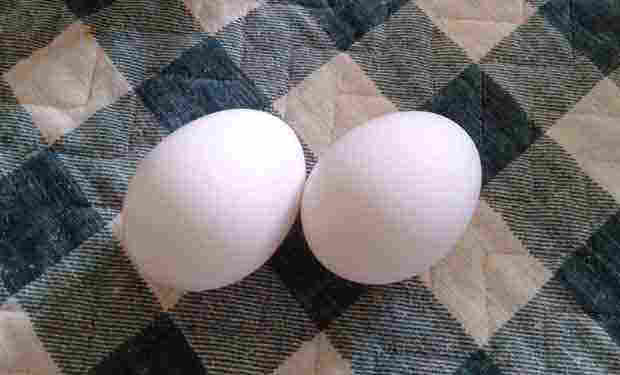 When her heart is stolen by a seductive stranger, a young woman is swept away to a house atop a mountain of blood-red clay: a place ﬁlled with secrets that will haunt her forever. Between desire and darkness, between mystery and madness, lies the truth behind Crimson Peak. From the […]

Here’s the results of the civic parade competition during the Peñafrancia regional parade held in Naga city last week. All photos here are from the vantage point near or about the parade review stage at the Plaza Quezon.

Palace, DOH assures readiness to prevent spread of MERS-COV MANILA, Feb. 13 — Communications Secretary Herminio Coloma Jr. on Friday assured the government is fully equipped to prevent the spread of the Middle East Respiratory Syndrome Coronavirus (MERS-CoV) disease in the country. ”The government is intensifying efforts to guard all […]

The seven-year journey from its foundation and since the time capsule lowered down the ground, the Divine Mercy parish of Paolbo realized a long- sought dream, the final completion of the church edifice. The last phase that hindered the said event was the altar, the focal attraction of the building.

TACLOBAN CITY, Nov. 7 — Three years after super typhoon Yolanda struck, survivors from a badly hit community in this city, who witnessed how ships destroyed lives and houses, are still dealing with unfulfilled promises. Hyacinth Abuda, 22, of Anibong district still lives in a makeshift house with her husband […]

Manifesto listing seen as cause of long wait in Boracay ports

[flexiblemap title=”Boracay Island” address=”Boracay, Malay, Aklan” region=”Western Visayas, Philippines” directions=”true” width=”100%” height=”250px” zoom=”12″] . The mandatory manifesto listing for boat passengers in Boracay was seen as the primary cause of long queues in the island. Prompted by the problem, the Boracay Redevelopment Task Force has ordered the management of Aklan […]

President Rodrigo Duterte has designated Undersecretary Rosalina Bistoyong as Officer-In-Charge of the Department of Agrarian Reform. She will occupy the vacated post of Rafael Mariano whose nomination was rejected by the powerful joint congressional Commission on Appointments last September 6. Bistoyong is a career executive service professional in the government […]

If elected to the presidency in the coming May 9 elections, PDP-Laban standard bearer Rodrigo Duterte vowed on Sunday to eliminate crime and rice cartels within the first few months of his six-year term. He made the statement during the second round of the first Pilipinas Debates, which was held […]

Malacanang thanks Filipinos for successful Papal visit. MANILA, Jan. 20 — Malacanang palace has expressed its gratitude to the Filipino people for the successful five-day state and apostolic visit of Pope Francis to the Philippines. “We thank our countrymen for their solidarity in ensuring the safety of the Pope… the […]

The province of Camarines Sur is hosting the upcoming 22nd Philippine Advertising Congress. It will be held at the CWC, inside the sprawling provincial capitol complex in the capital town of Pili.

A quick #short video of Cavite provincial board member Kirby Salazar, a close confidante of Vice President Leni Robredo, turn emotional. An overwhelming crowd estimated to reach as much as 47,000 pumped their fists into the air and screamed their lungs out during the grand rally of Robredo and her […]

Yesterday, during the pre-fiesta parade celebration, many of these institutions fielded representatives showcasing the showmanship, talent and faces of their students. Consider how long the parade went on with the long list of participants. They presented exhibition and action fronting the makeshift review grandstand, right into that commercial area, everybody calls the “Parada”.

Sunday, September 17, 1972. At a distance, yesterday, the Colgante bridge looked beautiful, with colorful buntings and lighted with different colored bulbs. As the day’s sun descended, the bridge’s silhuette on the Naga river provided a lovely backdrop for the still unfolding culmination of the Peñafrancia religious festivities.

This is the 2019 New Year Message of VPOP Leni Robredo

Sharing the meaningful message from the lady vice president of the land, Leni Rebredo. This is a late posting on the YouTube channel of Red Monkey Talks Watch the video on this link HERE. Or right below: [Video file fact of: “Watch New Year 2019 Message of VPOP Leni Robredo” […]

Vice President Leni Robredo campaign in Ilo-ilo coincided with the 36th anniversary of the peceful Edsa People Power revolution, Feb. 25, 2023. The clip below is another #short take and quick flashback of her speech before thousands of Ilonggos and supporters. Author Recent Posts Sr. Editorial Staff Nation NewsNinja for […]