These areas are no-fly zones during #election2016 as the Armed forces of the Philippines and the Philippine National Police has order to enforce and shoot down drones.

The Civil Aviation Administration of the Philippines has identified and declared three areas in Metro Manila as no-fly zones during and after the May 9 national and local elections.

The CAAP received the order from the Commission on Elections (Comelec) to declare the airspace over identified areas as no-fly zones for all kinds of drones, unmanned aerial vehicles and rotary aircraft.

This is in line with the conduct of the national and local elections on May 9 and the subsequent canvasing of votes that will be done in these places.

All forms of unmanned aerial vehicles, drones and rotary aircraft without clearance from the CAAP are ordered to stay clear of the said areas.

The Armed Forces of the Philippines and the Philippine National Police will strictly enforce the no-fly zone and will shoot down all unnamed aerial vehicles in all these areas on sight.

The public is strongly encouraged to report sighted UAVs and drones in these areas.

ILOILO CITY, March 12 — Antique guv “cries” for slice of tourism pie, well not literally. The province of Antique appeals to the Department of Tourism (DOT) for a chance to show-off its natural and man-made tourism attractions which remained in oblivion. “Kami naman,” said newly installed Antique Governor Rhodora […]

Comelec Disqualifies Party-List Ako Bicol in the May 2013 Election

The Commission on Elections today announced the disqualification of party-list Ako Bicol from participating in the coming May 2013 mid-term election. It must be recalled during the 2010 general election, the Bicol party-list received about 1.5 million votes enough for three seats of their nominees in the House of Representatives. […]

Employed Filipinos can look forward to additional salary or wage deductions from their take home pay very soon. A regular deduction from monthly salary would be set aside as provision for retirement which was provided under Republic Act 9505 or the Personal Equity and Retirement Account (PERA) law. The forced […]

Only In Calabanga Yummy Takoyaki

Here’s a video feature of ‘YUMMY TAKOYAKI HIT IN CALABANGA’ but only in Barangay Sta. Salud and near Hinulid Shrine. This hot copy of the original Japanese takoyaki is a sure hit to tourists, visitors and locals dropping by the shrine. We were assured that the family is earning enough […] 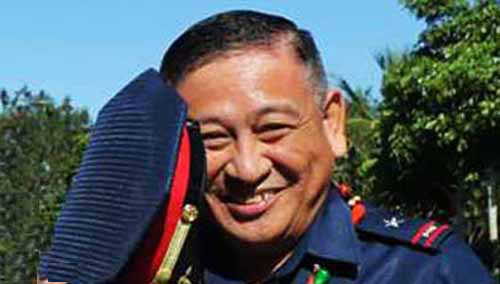 MANILA, April — Flag carrier Philippine Airlines has expanded its international flight route network with the launching of flights to Jinjiang, China. Flights to the new route started last April 25. The service departs Manila at 11 a.m. via PR356 every Tuesday, Thursday and Saturday, arriving Jinjiang at 1:25 p.m. […]

This should completely erase the doubt. Senator Grace Poe-Llamanzares is a natural-born Filipino and also complied with the residency requirement to run for president in the May 9, 2016 elections. This was declared by the Supreme Court of the Philippines (SCOTP) in a 47-page decision released on Friday on the […]

NASA’s Pluto-bound New Horizons spacecraft has traversed the orbit of Neptune. This is its last major crossing en route to becoming the first probe to make a close encounter with distant Pluto on July 14, 2015. The piano-sized spacecraft launched in January 2006, reached Neptune’s orbit, nearly 2.75 billion miles […]

During the campaign period for the mid-term elections, President Benigno S. Aquino III, made whirlwind visits of cities and municipalities in the Bicol region. These video coverage courtesy of RTV Malacañang which highlights the president’s campaign visits in the municipalities of Libmanan (above) and Tinambac (below, all in Camarines Sur). […]

Saying that she was given only two hours to decide, Atty. Leni Robredo finally filed her COC at the local Comelec office in Naga city, about 3:30 PM on Friday for the congressional seat of the third district of Camarines Sur. She will be the official bet of the Liberal […]

This is a #short clip culled from the most highly attended people’s rally ever, so far, of all campaign outings of presidential hopeful Leni Robredo and her Tropang Angat. Red Monkey Talks presents the resounding shoutout of The Defensors of Iloilo on the strong support of Iloilo folks for presidential […]