PASAY CITY, Nov 29 — The Autonomous Region for Muslim Mindanao (ARMM) is getting a bigger spending package envisioned to respond to the needs of the community and push the much-needed development in the region, according to Senator Francis Escudero.

An increase of 24-percent to P24 billion has been allotted for the region in the 2015 budget, said the senator, chair of the Senate Committee on Finance.

As the ARMM prepares for its transition to Bangsamoro regional government,

Covered in the appropriations for the Department of Public Works and Highways (DPWH-ARMM) include the P10.642 billion out of its total appropriation for next year to focus on construction of infrastructure broken down as follows: roads and bridges, P8.106 billion; water systems, P765.816 million; ports, lighthouses and harbors, P670 million; and flood control, P561.630 million.

Money positioned for various ARMM programs amounted to P12.394 billion, which will be used for administrative operation, provision of staff support, and budget for regional departments, Legislative Assembly and the Offices of the Governor and Vice Governor.

Three ongoing ARMM projects got P11.906 billion equivalent to 48.9 percent of the region’s total budget allocation. Appropriation for health, education, livelihood, peace and synergy almost doubled to P1.02 billion to finance construction of barangay halls, community learning centers and multipurpose buildings, public markets and terminals. About P76.5 million was set aside for the implementation, monitoring and supervision of the projects.

The ARMM Bangsamoro regional inclusive development for sustainable growth with equity, was allotted P120 million to serve as the transition program for the autonomous regional government to prepare communities for the Bangsamoro government.

Out of the 57.4 million Capital Outlay for BRIDGE, P50.4 million will be distributed to Tuburan, Basilan; Tagoloan, Lanao del Sur; Pandag, Maguindanao; Panglima, Sulu; and Sibutu, Tawi-tawi, each getting P10.080 million for their community-based infrastructure.

The young mangrove plantation in the town of Calabanga is being threatened with widespread pest infestation as confirmed by the Legazpi city-based regional office of the Department of Environment and Natural Resources (DENR). Information about the presence of insect defoliators came from the alert sounded off by the municipal government […]

The Alpha Kappa Rho (akrho) chapters in Albay celebrate in a parade about the main streets of Legazpi city. Some fraternity and sorority members wear their signature black shirts emblazoned with the organization’s name.

Local government units, non-governmental agencies, Catholic heirarchy, parishes, parishioners and the general citizenry are gearing up for the coming religious and civic festivities in Calabanga, Daraga and Naga city this September 2011.

The parish church of Our Lady of La Porteria, one of the six in the town, gets the much needed roof renovation.

Senator Grace Poe on Monday confirmed that she and individuals who introduced themselves as her ‘siblings’ underwent DNA test in an attempt to trace her biological parents and Filipino lineage as well. Poe said the individuals who approached her had shown picture but she did not elaborate whether they are […]

Developers and stakeholders of the newest commercial development in the city of Legazpi and in the province of Albay are in the upbeat mood. 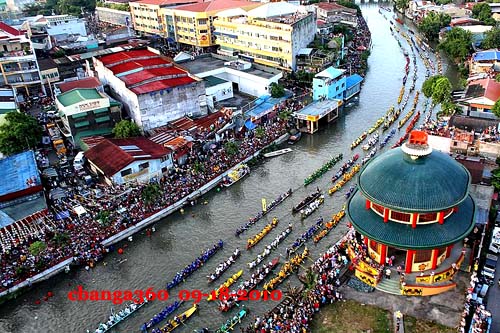 Peñafrancia Fluvial on the Naga River

Some 300 military personnel helped in cleaning the river due to unwanted debris and garbage before the actual fluvial procession. The residents and the city government of Naga should take not only one look but also envision a program on how to keep the river clean and alive again before is too late.

Newly elected and first term congressman Luis Raymond Villafuerte of the second district of Camarines Sur was handed down a preventive suspendion order by the Sandiganbayan. On Wednesday the graft court ordered the suspension for 90 days of the former Camarines Sur governor who held the post for nine years […]

Two astronauts find themselves adrift in space and struggling for survival after their spacecraft is destroyed by debris. In the new Warner Bros. movie “Gravity,” this scenario makes for gripping Hollywood entertainment. NASA actively works to protect its astronauts and vehicles from the dangers portrayed in the movie. From protective […]

President Rodrigo Duterte on Tuesday assured that justice will be served to the five members of the Carlos family who were brutally murdered in San Jose del Monte, Bulacan last week. The President expressed the assurance after personally extending his condolences to Dexter Carlos whose wife, mother-in-law and three children […]

Yet again, President Duterte has an important message to the CPP-NPA

Duterte wants Marawi conflict to end before his second SONA

Wanting to be at the Batasan Complex for his second State of the Nation Address free of the Marawi conflict baggage, President Duterte expressed his wishful command to end it sooner between 10 to 15 days. During his personal appearance gracing the 10th anniversary listing of the Phoenix Petroleum at […]