Aside from the SAF members’ family and friends, the necrological service will also be attended by the Cabinet members and other government officials.

Construction of the last pillar for the Light Rail Transit (LRT) Line 2 extension up until Masinag Junction in Barangay Masinag of Antipolo City is nearing completion. The extension that connects with the Santolan station in Pasig City to Masinag covers 3.9 kilometers of elevated guideway. After Santolan, two stations […]

Reaction Review of Movie Trailer of ‘The Lady of Heaven’

Red Monkey Talks presents the first immersion on movie trailer review reaction of “The Lady of Heaven.” A late, late posting culled from Red Monkey Talks Youtube channel. In the most recent post in our in-motion channel, Man of Good Will dropped a comment and made a suggestion that we […]

QC jail is PH’s most notorious, with disease, grime and cramped – special report

The cramped, dirty jail of a Metro Manila city just graced the pages of a European-based publication. The Daily Mail which has circulation and online site covering States, United Kingdom, Australia and elsewhere around the world captioned its coverage in a deplorable way. The photo and feature article said that […]

The Thin Line That Divides Everything in Our Lives

The big, influential businesses accumulate profits and get the government’s favorable attention much of the time. On the other side are hapless workers literally wrapped in the palms of big business, choking. Already, they howl and scream on the city streets yet get the caressing water guns of the government. Hence, workers are warped into a time very much comparable when there exist no justice for all but for the people wtih deep pockets and capital.

An eruption of fire and smoke sent a SpaceX Dragon spacecraft skyward laden with 5,000 pounds of scientific equipment and supplies destined for use by the crew of the International Space Station. Lifting off at 1:52:03 a.m. EDT on Sunday, Sept. 21, from Launch Complex-40 at Cape Canaveral Air Force […]

Looking deep at the 2005 income of cities and provinces of Bicol this time, the trend is no different from previous years. The moneys earned stay more on the uptrend. The cities of Legazpi and Naga are truly rivals. Sorsogon may seem to occupy the third position now and the next years to come.

The image of Our Lady of Peñafrancia and the Divino Rostro was routed around the parochial vicinity of the parish of Divine Mercy in Paolbo. Pious volunteer “voyadores” carried the images in a makeshift platform on their shoulder towards the San Miguel bay by the shoreline of barangay Belen.

Samson complaint on illegal detention VS ‘Iglesia’ up for resolution

Named respondents in the complaint of serious illegal detention filed by former Iglesia Ni Cristo minister Isaias Samson failed to appear at the hearing of the Department of Justice on Friday. Only complainant Samson and the members of his family with their legal counsel Atty. Trixie Cruz-Angeles made it to […]

MANILA — The camp of vice presidential candidate Senator Ferdinand “Bongbong” R. Marcos, Jr. on Tuesday filed criminal cases before the Manila Prosecutor’s Office (MPO) against Smartmatic executives and an Information Technology (IT) representative of the Commission on Elections (Comelec) for their alleged unauthorized change of the script in the […]

Resident volcanologists declared on Monday Mayon volcano continues its ash explosions which are more becoming stronger despite the evacuees eagerness to return to their homes within the danger zones.

Camarines Sur: The Early Beginnings of the Bicol Province

A short historical background on the beginnings of the first Bicol province established in the southern Luzon peninsula referred to as Bicol.

The idle Cagsawa Museum of Daraga gets a needed boost with a P50 million allocation from the National Museum of the Philippines. The funds will be used for rehabilitation that will lead to its eventual reopening to the public as the regional branch of the institution. Once operational, the local […]

Ngonian Sana Ngonian / Now and Only Now by Jap Adupe

A Hero is Coming Home

A hero is coming home. Our hero. My brother who works as project engineer in Riyadh, the Kingdom of Saudi Arabia is coming home before the month ends.

Will Naga airport see the light at the end of the tunnel?

The proposed P3.58-billion Naga airport development project, situated in Camarines Sur capital town of Pili, which include re-orientation of the runway, upgrading for night flight capabilities and provision for wide-body jet service is a cow passing through the hole of a needle. The transportation department is up to procuring consultancy […]

Watch: Pope Francis on Palm Sunday at the Vatican

Watch Pope Francis on Palm Sunday at the Vatican. The event is scheduled for Sunday, March 29, 2015. Palm Sunday signals the beginning of a week long solemn Catholic religious observation that eventually centers among others the Passion of Christ. Here sharing the live stream coverage of the event direct […]

View this post on Instagram A post shared by Korina Sanchez-Roxas (@korina) ABS-CBN news anchor and host Korina Sanchez-Roxas is being referred to as “Imeldific” and a “trapo” after her appearance and participation in distribution of checks and farm equipments to farmers in Mindanao. The broadcaster wife of Liberal Party […]

The Commission on Elections on Wednesday assured public school teachers who will serve in the coming May polls will get their allowances on time. Chairman Sixto Brillantes also made the assurance that teachers’ safety is a paramount concern during the signing of the momerandum agreement with the Department of Education. […]

For the fiscal year of 2006, 33 out of 107 Bicol municipal LGUs earned an income over and above the P50M mark. Camarines Norte capital town of Daet topped with an annual income of P158M followed by Albay’s premier town of Daraga. CamSur’s Pili earned P77M to place 6th. Catanduanes capital of Virac earned P65M for the 17th. 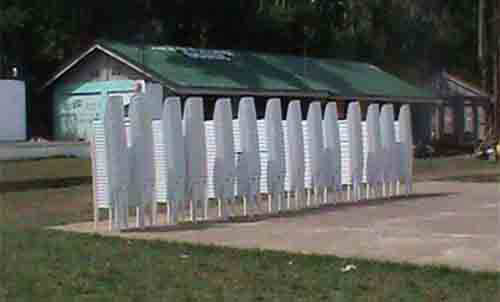 Monoblock chairs and school supplies for teachers were delivered by the education department over the weekend as confirmed Sunday by the agency’s Twitter account with accompanying post of photos. The school equipments were dropped off by trucks. In a related story, governor Joey Salceda and education officials distributed to teachers […]