MANILA, Oct. 10 — The odds are closing in against Senator De Lima. And some more.

So it seems, as the Department of Justice on Monday issued an immigration lookout bulletin order (ILBO) against Senator Leila De Lima and five others who are allegedly involved in the proliferation of illegal drugs inside the New Bilibid Prison in Muntinlupa City.

A lookout bulletin order is issued to subject persons in order to at least monitor the itineraries of their flight, travel, and whereabouts. The persons subject of an LBO is allowed to travel subject to a permission from the Department of Justice (DOJ).

Aguirre stressed that de Lima and the five others should be prevented from leaving the country without corresponding travel authority from their heads of offices.

“Said information shall be immediately and promptly relayed to the foregoing and to any other concerned government office or agency, keeping in mind that time is of the essence in those situations, especially to determine the appropriate course of action to be undertaken thereafter,” Aguirre said in his memorandum.

“Hence, all concerned are strongly warned against waiting until boarding time to inform concerned offices of any attempt to leave the country,” the memorandum added.

Aguirre said the ILBO was issued upon the recommendation of the National Bureau of Investigation, which is currently building up a case against the said individuals for their alleged role in the illegal drugs trade in the NBP.

“Considering the gravity of the possible commission of any offense, there is a strong possibility that they may attempt to place themselves beyond the reach of the legal processes of this Department by leaving the country. We thus deem the issuance of an ILBO against the subject persons prudent in order to at least monitor the itineraries of their flight, and/or whereabouts,” the memorandum stated.

The memorandum tasked Bureau of Immigration Commissioner Jaime Morente to disseminate the details of the ILBO. At the same instance it also instruct immigration officers to be on alert for the said individuals should they pass through the immigration counters in any of the country’s international airports and seaports.

The BI is also mandated to immediately coordinate and seek assistance with the National Prosecution Office (NPO) or to the NBI in case they attempt to leave the country. (PNA / Christopher Lloyd T. Caliwan)

Ayala invests P1-billion in Legazpi mall project development. City mayor Noel Rosal said on Saturday evening during a social event celebration held at the city motorpool compound that the Ayala Corporation has invested P1-billion for the construction of a mall right at the heart of the city. Ayala took over […]

Legazpi City, Aug.16 — Albay provincial risk management council alerted local officials on the possibility of evacuation of residents living in the perimeters of the permanent 6-KM danger zone of Mount Mayon. Earlier, the state volcanology institute raised alert level 2 after an abnormal activity was observed on the volcano. […] 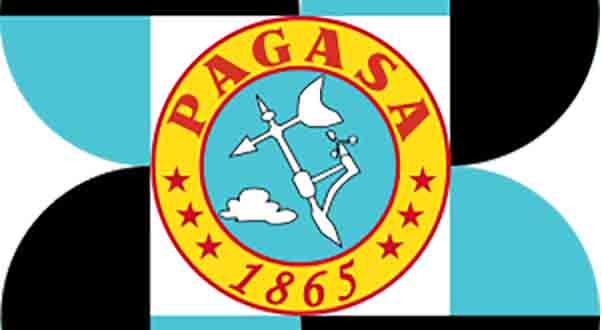 Signal No. 1 in 7 areas as TD ‘Ambo’ approaches

The low pressure area located east of Borongan City has developed into a tropical depression now named ‘Ambo’ as the first tropical cyclone to affect the country this year, according to the state weather bureau. The Philippine Atmospheric Geophysical and Astronomical Services Administration (PAGASA) said as of 11:30 a.m., ‘Ambo’ […]

Amazing when sporting stunt make a historical world record. This time with millions of people around the world watched in awe as American skydiver Luke Aikins jumped out of the plane to make a freefall unto the net 25,000 feet or 7,620 miles, below. The awesome stunt is now etched […]

Is it game over yet for Sen. Grace Poe’s senate seat and then, her presidential run? The ‘series’ is becoming interesting with the Senate Electoral Tribunal soon set to render its decision in the disqualification case filed by Rizalito David against Poe. In a meeting of the tribunal in a […]

In one of our sortie around the public market of Calabanga, the fruit vendor gamely showed his skill in peeling pineapples. Due to his brisk start and movements, we could hardly capture when he start the routine. At the time we filmed this short video, he has sold about half […]

At the Port of Legazpi

Thankfully enough we have this boat on the foreground. There’s the hint of blue in the sky but so faint and the general mood of the day is drab and dreary. The port at the city of Legazpi is the port of call for cargo and passenger ships that ply […]

In an annual survey conducted by New York-based Travel + Leisure magazine, readers were asked to rate destinations all over the world according to their activities, sights, natural attractions, beaches, food, friendliness and overall value. Results revealed that Palawan hurdled the top rank after receiving the highest score among readers […]

This is the live stream direct from Vatican City featuring the observance of Ash Wednesday in the Catholic world. Scheduled for Feb 10, 2016, Pope Francis presides at Holy Mass, which signal the beginning of Lent. The celebration starts at 4:30 PM, Vatican time. The event will also be highlighted […]

Wonder how much OFW remittance adds up to and where they come from?

Wondered how much Overseas Filipino Workers Remittance adds up to and where they come from? Here’s a dated infograhic presentation showing an increase of OFW remittance beginning 2013 sourced from data provided by the Bangko Sentral ng Pilipinas. Philippine-based banks and financial remittance companies processed about $26.2 billion or P1.20 […]

This is part two of the photo recap of the Penafrancia fluvial procession last Saturday. This is a photo-study of how people waited for the procession and the fluvial event in back yards, alleys, and every available space one can occupy to gaze at the passing venerated images of the Divino Rostro and the Virgin of Peñafrancia.

Will Metro Manila commute improve with a new traffic czar?

Will Metro Manila commute improve with a new traffic czar? This is in the mind of many as the Secretary of the Department of Transportation Arthur Tugade designates Highway Patrol Group Acting Director Sr. Supt. Antonio Gardiola as Metro Manila’s new traffic czar. That was after the heads gathered together […]

Why it took long for police officers in arresting Daniel Padilla’s uncle, former CamNorte guv Roy Padilla? Arrest warrant was finally served. Camarines Norte Ex-Governor Casimiro “Roy” Padilla Jr. was finally detained over a malversation of public property conviction which was upheld by the Supreme Court of the Philippines (SCOTP). […]

ORMOC CITY, Leyte — Undaunted with the prospect of holding no Cabinet post designation under the incoming administration of President-elect Rodrigo Duterte, Leni Robredo will still work on her advocacies. A Robredo spokesperson, Georgina Hernandez, declared that Vice President-elect Robredo would engage the participation of the private sector to fulfill […]

The tourist town of Puerto Galera of Mindoro Oriental hosts the 11th World Congress on ‘Most Beautiful Bays’ slated on February 1 to 6. It is one of the major events under the mantle of Visit the Philippines Again 2016 campaign of the Department of Tourism. This early, 18 countries […]

In the heels of the Philippine Senate and House of Representatives’ start of canvass of votes for president and vice president on Wednesday, May 25, the camp of vice presidential candidate-Senator Ferdinand Marcos Jr. is hoping that the Commission on Elections (Comelec) will approve their request to conduct a system […]

Three current and previous officers of the National Printing Office are in hot water. This after the National Bureau of Investigation has asked the Office of the Ombudsman to file graft charges over alleged anomalous P74-million printing deal with four private companies. The NBI said NPO Director Sherwin Prose Castaneda, […]

WATCH: Woman feels a ‘sense of peace’ getting an abortion

A short clip derived from a PBS (US tv channel) documentary highlights a woman acquiring a “sense of peace” after aborting her two (twin) babies. The woman was shown getting clear instruction from the doctor on the dosage and timing of taking “medical” abortion pills. The doctor was so blatant […]