Marcos asked the PET to nullify the proclamation of Robredo and declare him as the duly-elected Vice-President in the May 9, 2016 national elections.

Aside from the petition itself, Marcos also submitted before the SC the 20,000-page affidavit, certificates of canvass and other supporting documents, which he said, would clearly prove the massive electoral fraud committed.

The camp of Marcos also asked the PET for the reopening of the ballot boxes in 36,465 clustered precincts being protested, including the Cebu Province, Leyte, Negros Occidental, Negros Oriental, Samar, Isabela, Pangasinan, Cebu City, Zamboanga and Bukidnon, which were considered as bailiwicks of Marcos.

Marcos further asked the PET to nullify the election results in Lanao Del Sur, Maguindanao at Basilan, and to have a recount in the 22 provinces and five cities.

Marcos argued that their petition consists of three parts which detail how the electoral fraud was committed.

First, he said, was the irregularity in the Automated Election System (AES); second, the traditional means of fraud such as vote-buying, pre-shading and failure of elections; and third, the alteration made by the Smartmatic in the hash code of the transparency server.

Meanwhile, the Commission on Elections said on Wednesday that the electoral protest filed by defeated vice presidential candidate and outgoing Senator Ferdinand “Bongbong” Marcos Jr. is part of the electoral process.

He noted that it is the right of the senator to file an electoral protest if he believes he was the one that won the vice presidential race last May 9.

“The filing of the case will give an opportunity for all parties to really prove or disprove the allegations,” Guia added.

The petition has 1,000 pages with 20,000 affidavits and other pieces of evidence.

Marcos is asking the PET to annul the proclamation of his closest rival in the May 9 polls and declare him as the true winner in the last elections.

One thought on “Marcos seeks recount of votes in 20 areas”

3 Bicolanos get organic agricultural board seats

Beauty pageant enthusiasts are running a feverish hype as the run-up on tonight’s finals of the 2014 (sic) Miss Universe Pagent comes closer. As an outsider and a novice “watcher” I really liked the performance and demeanor of Miss Philippines Mary Jean Lastimosa on the prelims. While she missed the […] 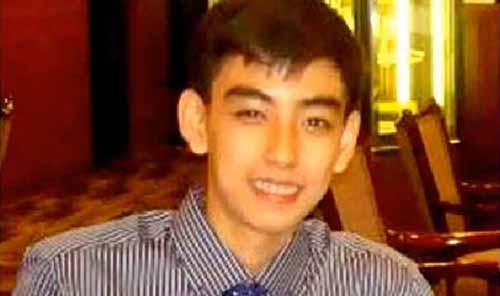 LEGAZPI CITY, March 2 — The fund raising drive launched in Albay province for Olympic figure skater Michael Christian Martinez collected P200,348 and $1.25 in totals. Governor Joey Salceda personally turned over the money to Martinez and his mother as contribution to the expenses of the athlete in the (recently […]

The Philippine Commission on Elections OK’s candidacy of Duterte. This after the Comelec First Division unanimously denied the four disqualification cases filed against presidential candidate Davao City Mayor Rodrigo Duterte for lack of merit. Dismissed petitions include one filed by Ruben H. Castor. The Petition to Deny Due Course and/or […]

Ooops! Informal settlers add to unplanned communities in the fringes of rural areas

Talk or reference of informal settlers are confined mostly in the country’s urban centers, most specifically in or around the Mega Manila area. But that phenomenon is not common in urban centers alone. It is a basic fact which prevails in small and big towns in the country. It is […]

The data on rice production cited by Pres. Benigno Aquino III in his second SONA are among the faulty facts and figures. Says IBON Foundation.

No blame game even as P4.8-B Bicol International Airport design is a mess

Without finger pointing and resorting to the blame game, the Bicol Regional Development Council almost owned the mess and error in the continuing implementation of the construction of the vaunted Bicol International Airport located in Barangay Alobo of Daraga town in the province of Albay. The project was originally seen […]

MANILA, April — Flag carrier Philippine Airlines has expanded its international flight route network with the launching of flights to Jinjiang, China. Flights to the new route started last April 25. The service departs Manila at 11 a.m. via PR356 every Tuesday, Thursday and Saturday, arriving Jinjiang at 1:25 p.m. […]

Senate can conduct BBL hearings even during recess – Marcos

MANILA, March 4 — Public hearings on the proposed Bangsamoro Basic Law (BBL) can continue even if Congress is in recess, according to Senator Ferdinand “Bongbong” Marcos, Jr. “We can still continue working during the adjournment. We can still hold hearings even if we are in recess,” Marcos said in […]

LEGAZPI CITY — In the quest for a final disclosure on the fate of the missing P300 million electric cooperative fund, member-consumers are knocking at the turf of former ALECO board chairman and Albay Catholic Bishop Joel Baylon. Concerned member-consumers of Albay Electric Cooperative (Aleco) are seeking an explanation from […]

Watch Stupid Evil Deadly Traditional Politics of the Philippines. The Rodel Batocabe Murder. Many hearts bleed for the lives that are wasted and lost on a daily basis in the country. Some lives are lost by operation of the law as in the continuous drug excursions conducted by police authorities […]

The ‘phenomenon’ is back. The (stock market) ghost month begins. The benchmark Philippine Stock Exchange index (PSEi) dived 149.34 points, or 1.86 percent to 7,888.44 from previous day’s 8,037.78 finish on Wednesday. Almost all counters suffered a massive decline, led by services and holding firms that plunged 2.85 percent and […]

In an annual survey conducted by New York-based Travel + Leisure magazine, readers were asked to rate destinations all over the world according to their activities, sights, natural attractions, beaches, food, friendliness and overall value. Results revealed that Palawan hurdled the top rank after receiving the highest score among readers […]