A no-fly zone will be temporarily implemented during the 2015 Asia Pacific Economic Cooperation meetings next week.

The Civil Aviation Authority of the Philippines (CAAP) said that security measures will be stricter in all Ninoy Aquino International Airport (NAIA) terminals on Nov. 17, 19, and 20. A no-fly zone will be temporarily implemented during the 2015 Asia Pacific Economic Cooperation meetings next week.

The Manila International Airport Authority (MIAA) urged passengers anew to fly ahead or after the APEC and to get in touch with their airlines for any changes in their flight schedules.

MIAA said there will still be commercial flights during APEC week, however, these will most likely be subjected to delays and even cancellations.

The authority disclosed that APEC leaders will start flying in on Nov. 16 until the following day. On the other hand, no flight movements of heads of state are expected on the first day of the APEC Economic Leaders’ Meeting on Nov. 18.

Airlines have also cancelled flights in preparation for APEC. (PNA)

A New University in Town

There are arrivals and changes that are welcome but make drastic contrast in memories stored in our mind. Take for example the recent conversion of the Camarines Sur State Agriculltural College (CSSAC) into the Central Bicol State University of Agriculture (CBSUA) system last October 12, this year.

MANILA, March 22 — Happy to learn that the Filipinos ranked the fifth happiest citizens in the world! according to the result of a global survey. The Philippines scored 80, based on a research conducted by the Gallup, a US-based performance-management consulting firm. Leading the survey is Paraguay which scored […] 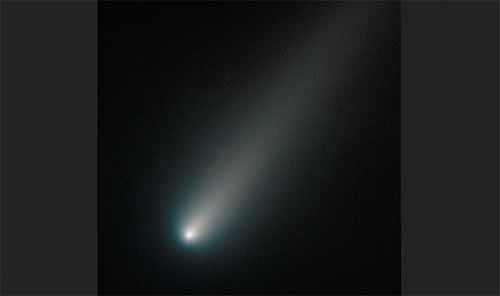 Comet ISON Fizzles as it rounds the Sun – NASA

Comet ISON went around the sun on Nov. 28, 2013. Several solar observatories watched the comet throughout this closest approach to the sun, known as perihelion. While the fate of the comet is not yet established, it is likely that it did not survive the trip. The comet grew faint […]

Driven by the ASEAN Open Skies framework, airlines in the region, are up to stiff competition between and among its operators. The new regime on the regional airline industry allows an ASEAN-based carrier unlimited fifth freedom rights to fly from one member country to any city in the region. A […]

LEGAZPI CITY — The seemingly endless saga of Albay province’s lone electric cooperative continues. Already saddled with a four-month-old labor strike, the Albay Electric Cooperative is again facing another threat of power disconnection after it received on Wednesday the notice for its failure to settle last year’s outstanding power bills […]

CAMP GEN. SIMEON A. OLA, Legazpi City — The Philippine Drug Enforcement Agency (PDEA) has offered a reward of P50,000 for the capture of the barangay captain of Sabang in this city now hunted by authorities for alleged illegal drugs trafficking. Regional director Archie Grande identified the fugitive barangay official […]

What is love? / Ano an pagkamoot by Eden A. Avila

What is love? / Ano an pagkamoot by Eden A. Avila What is love?… A beautiful stirring of the young heart, a sudden glance, a smile, a gentle touch. The fast beating of the heart, the quickening of one’s gait to see one’s beloved. It’s the silence shared, forgetting the […]

Typhoon ‘Yolanda’ makes fourth landfall in Bantayan, Cebu; cuts power in several provinces. The state weather bureau on Friday said typhoon Yolanda has made its fourth landfall over the island of Bantayan in the province of Cebu at 10:40 A.M. PAGASA also said that red warning signal was issued at […]

The modern world holds many secrets, but the most astounding secret of all is that witches still live amongst us; vicious supernatural creatures intent on unleashing the Black Death upon the world. Armies of witch hunters battled the unnatural enemy across the globe for centuries, including Kaulder, a valiant warrior […]

ILOILO CITY, March 12 — Antique guv “cries” for slice of tourism pie, well not literally. The province of Antique appeals to the Department of Tourism (DOT) for a chance to show-off its natural and man-made tourism attractions which remained in oblivion. “Kami naman,” said newly installed Antique Governor Rhodora […]

People Watching People At The Bay

People watching people at the bay. Many times I do engage in people watching just for the joy of it. But how do I know I am not the object/ subject of another’s curiosity?

PH visit concludes, Pope Francis leaves for Rome 10 am Monday. MANILA, Jan. 18 — Today, Monday of January 19th at about 10AM Pope Francis is set to leave Manila, Philippines. The Philippine Airlines (PAL) flight to Vatican is scheduled to leave Villamor Airbase in Pasay City at 10:00 am. […]

Vatican up for beatification of Pope Paul VI soon

It might spin interest to many readers that the Holy See is up to readying the beatification of another pope of the modern times. The Vatican is now looking into beatifying Pope Paul VI, which could be as early as October during the Synod of Bishops on the Family. He […]

The most prestigious beauty pageant in southern Luzon was held on September 7 with the venue at the Naga city coliseum. Seventeen Bicol lass vied for the coveted title.

After its website was hacked last March, the Commission on Elections just gave a strong assurance that restored website which will also display results of the May 9, 2016 elections will be firewalled from malicious users and hackers. Learning from its mistake, the agency said adequate security measures are put […]

This is only a passing question for residents living around the City of Naga and also of towns nearby, and maybe of Camarines Sur province, too. Have you visited the Jesse Robredo museum yet? If not, then come on, let’s join Vice-President Leni Robredo show us around. The VPOP is […]

The culmination of the celebration of the Penafrancia festivities unfolds this afternoon with the mass outside, at the Quadricentennial arch, of the Naga Metropolitan Cathedral. Watch the last mass before the foot procession starts winding through the streets of Naga city bringing the images of the Virgin of Penafrancia and […]

A tragic accident was thankfully averted when an Iranian airliner missed the runway and landed on the adjacent public street. No injury was reported. A McDonnell Douglas MD-83 Caspian Airlines (Iranian jetliner) almost crash during landing when its pilot narrowly missed the runway and instead overshot up to the highway […]

This is a throwback post culled from a 2016 vice presidential candidates debate-forum. Then Camarines Sur third district congressional representative Leny Robredo pounds on former Senator Ferdinand Marcos, Jr. The bone of contention was the supposed ill-gotten wealth or loot from the government coffers during the administration of former strongman […]