The Bicol country has a myriad of towns, big and small in terms of land area and population.  These municipal local government units can also be grouped according to their income and total dependence on internal revenue allotment.  Without the allocation, some, if not many, may have gone the way of the dinosaurs- extinct, kaput and bankrupt.

We are talking more (peso) figures and stats here, again. For the purpose of our discussion, we will refer to the corresponding provinces using the following three-letter codes of CAS (Camarines Sur), CAT (Catanduanes), MAS (Masbate), ALB (Albay), SOR (Sorsogon) and CAN (Camarines Norte). Anybody may shout out a dissenting opinion on the usage of these six sets of three letters, which is more welcome.

Fifteen munici- palities of Region V out of the 107 dotting the Bicol landscape are way too deep in their addicted dependence from the national government allocation of spending money.  It is the only lifeline for their day to day operation, if I may say.

Whoever claims and vaunts that small LGU is better and easily manageable, when small is being puny and miserable, is miserable himself.  For dividing a territory just for the sake of allocating a turf each politico is simply an ineffective proposal subject to a serious scrutiny.

Below listed are more towns representing LGUs with over 80% of dependence for internal revenue allotment.

Purisima disclosures on Mamasapano may favor the President – Poe

Have you read Pope Francis tweets? The latest about PH

With a growing number in followers (now 5.32 million), Pope Francis twits are viral. The Holy Father has been sending tweets since February of 2012. Fresh from his Apostolic Visit of the Philippines and Sri Lanka, his tweets are profound and far reaching. Sa aking mga kaibigan sa Sri Lanka […]

Tuesday, August 25, 2020: Watch LIVE coverage of day two of the Republican National Convention (RNC) in Charlotte with full speeches and more. The second day has for its theme “Land of Opportunity” so brace for speakers rallying around the topic. Secretary of State Mike Pompeo and first lady Melania […]

Something Happened on the Way to the Forum

Something happened during the past few days on the backside of this blog, Cbanga360(dot)net. And it was not funny at all. This writer got distraught had to stop writing post while thinking of the worst possibility- online posts, comments, images, data, may be lost forever if its repository- the SQL database get affected.

Ninety-five pecent of the initial calls received for the government’s public service hotlines “8888” and “911” were, guess what, prank. On Tuesday, Philippine Long Distance Telephone company Chairman Manuel V. Pangilinan said, “Actually, we expected that (receiving many prank calls),” on the sidelines of the telco giant’s briefing on its […]

Pokemon Go a No! No! to Pentagon

MOSCOW, Aug. 17– The US Pentagon employees have been issued a ban on playing the global phenomenon game, Pokemon Go, on their work phones. amid fears of espionage. It follows reports that suggest the game could be used to pinpoint the locations of secure facilities. It has been revealed that […]

After Paris attacks will security measures for APEC leaders’ summit be enough? QUEZON CITY, Nov. 15 – Will the Islamic State terror attacks in Paris on Friday have a resounding effect on the upcoming Asia Pacific Economic Cooperation summit on November 18 to 19 in Manila in terms of security […]

New palace occupant, new rules in the house. Here’s something worth knowing. Today it was known that Malacanang directed all heads of departments, bureaus and other government offices to stop addressing President Rodrigo Roa Duterte as “His Excellency” and the Cabinet secretaries as “Honorable” in official communications. The memo was […] 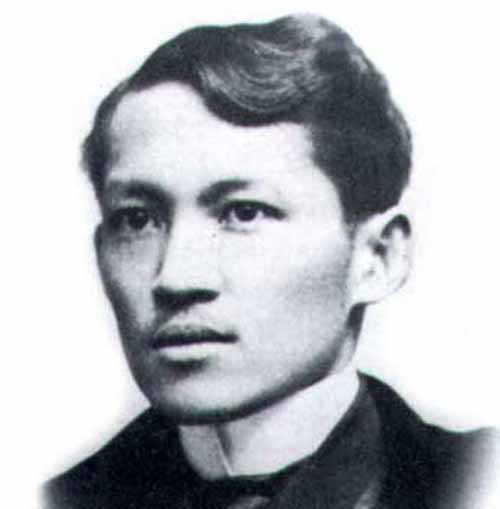 Social media a-buzz on Jose Rizal’s day of martyrdom If José Protasio Mercado Rizal y Alonso Realonda or popularly known as José Rizal (June 19, 1861 – December 30, 1896) is alive today, he will be a social media celebrity. In fact, he is trending in Twitter now. Today. marks […]

Darnel (not his real name) lives with his family in an informal satellite community in the municipality of Calabanga. His parents and grandparents are neighbors in makeshift nipa huts which barely can be considered decent living structures on lands owned by the government, particularly by the National Irrigation Administration, as […]

Sharing here the livestreamed coverage of the Catholic mass celebration in the Parish of Our Lady of La Porteria in Calabanga on September 8, 2020. The event marked ninety nine per cent toned-down 2020 fiesta event swept by the prevailing China virus pandemic. The Pontifical Eucharistic celebration was led by […]

NAGA CITY — Other than the regular religious sights and sounds during the conduct and observation of the forthcoming Peñafrancia festivities, devotees and enthusiasts can look forward to an added attraction now on its second year. The Caceres Commission on Communications has confirmed the five finalists of the 2nd Peñafrancia […]

As we qet more clear concept on how lawmakers dipped their hands into the Presidential Development Assistannce Fund, there will be more stories that will unravel. Here’s one for the province of Catanduanes, courtesy of the Party list representatives of A-Teacher and Alagad. Books as gardening manuals and worms for […]

Signal No. 3 on Masbate; No. 2 on Sorsogon, Albay and Burias; No. 1 on CamNorte, CamSur, Catanduanes as Typhoon Yolanda barrels through the islands