What’s next when truth is twisted and served as fake news?

Duterte virtually cleared Robredo saying she has nothing to do with the destabilization efforts attributed to the Bicolana leader.

During a press conference in the Palace, the President expressed “… hindi ko sinasabi na kasama si Leni ha (I’m not saying Leni is among them). I don’t want to drag her name.”

The President while in denial he has knowledge in the directed attack against the VP and her late husband of published fake news chastised his coward supporters hiding in the cloak of anonymity as allegations that are garbage and black propaganda.

Robredo is a staunch critic of the President’spolicies, even while being part of the Cabinet. After her departure from the official palace family, the VP is now more visible and vocal in opposition to the administration’s murderous war on drugs and most recently the House of Representatives’ revival of the death penalty.

Meanwhile, Mrs. Robredo on Monday said she was considering taking legal action against a dubious website publishing fake news that alleged her late husband was involved in illegal gambling and drug trade in their hometown Naga City.

Robredo said she was thinking seriously of what legal action to take.

A legal mind, the vice President is well aware that under the Cybercrime Prevention Act of 2012, the fake news site and its publisher may have crossed the line.

It seems there is no stopping the lottery numbers game in the country any time soon. For while the Philippine Charity Sweepstakes Office (PCSO) sealed the fate of small town lottery in the country, it is also introducing the PCSO Loterya ng Bayan (PLB). The game starts May.

Typhoon ‘Yolanda’ makes fourth landfall in Bantayan, Cebu; cuts power in several provinces. The state weather bureau on Friday said typhoon Yolanda has made its fourth landfall over the island of Bantayan in the province of Cebu at 10:40 A.M. PAGASA also said that red warning signal was issued at […] 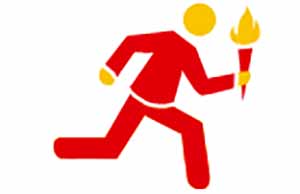 The Tale of the Forlorn Couple

The past days and more to come, many of us get the kind of “high” feeling because of jubilation and things happening about the neighborhood or pretty much everywhere. But away from the maddening crowd of people celebrating fiestas and other festivities, away from the euphoria of highly charged atmosphere […]

MANILA, March 29 — OPPAP’s Teresita Quintos Deles on Friday expressed hope that the peace process will emerge stronger despite recent challenges it faced particularly after the tragic Mamasapano incident. “I admit we are bruised and feeling battered but we are here to proclaim we still stand firm (in pushing […]

The domestic airport in Pili serving metropolitan Naga and the provinces of Camarines Sur and Camarines Norte will soon be capable of catering to evening flight take-off and landing operations. The Naga airport, which is operated by the Air transportation Office (ATO) of the Department of Transportation and Communications, has […]

Calabanga — This lenten tourist town will mark its 20th year of presenting to locals, afficionados and devotees the annual street tableau of “An Pasyon ni Kristo” during the Semana Santa (Holy Week) festivities. The street play is spearheaded by the Calabanga Network for Talent and Arts Development and Advocacy […]

Twelve maidens from 11 barangays of the town vies for the honor of being crowned the most beautiful girl and Miss Calabanga 2010.

Many of us are up and about busy of things mundane other than politics after the tiring electoral exercise just concluded last month. But guess what, the move to split the province of Camarines Sur into two is not resting in the dust bin. In fact, the spirit behind the […]

Second round of PH presidential debates tonight at UP-Cebu auditorium

Are you watching the second round of the presidential debates? Today, March 20, the candidates will again have their verbal clash with one hour extension as compared to the last. The Visayas round still under the auspices of the Commission on Elections will happen at the auditorium of the University […]

Kapamilya. Kapuso. Kapatid. Three abused ‘gimmick’ played on Pinoys but self-serving call names used by media networks. Just for the fun of it, we checked out the Wikipedia, and here’s what we found. Kapamilya. In the context of human society, a group of people affiliated by consaguinity, affinity or co-residence. […]

Vice President Leni Robredo campaign in Ilo-ilo coincided with the 36th anniversary of the peceful Edsa People Power revolution, Feb. 25, 2023. The clip below is another #short take and quick flashback of her speech before thousands of Ilonggos and supporters. Author Recent Posts Danton H. Pascual Latest posts by […]