The presidential sister Kris Aquino went on leave on her ABS-CBN morning show to campaign for her brother’s, President Beningo S. Aquino III, anointed presidential and vice-presidential candidates. Many of her fans applauded her intention.

A twist on that admiration suddenly changed course when the municipality of Dalaguete (Cebu) posted on its Facebook page several photos of Ms. Aquino at the airstrip departing from the helicopters, air assets of the Philippine government.

The pictures became viral in the internet, gathering nasty comments from those grossly disfavoring the use of government assets, funds and personnel, from being used in political campaigns of the ruling Liberal Party which is also the political party of the current POTP (President of the Philippines).

Totally irked, observers and critics expressed the POTP and LP are misusing public funds by allowing Kris, who has been campaigning for the ruling party’s standard-bearers Manuel “Mar” Roxas II and Camarines Sur Representative Ma. Leonor “Leni” Robredo to use the government vehicles, personnel and funds.

Sitting by the plane window of an domestic Airbus319 series plane, I feel like floating on the pluffy clouds the aircraft was passing through.

Next year, Filipino expats in Europe will get to taste Philippine’s ‘home grown hamburger’ and related to go food stuff. This is because industry leader Jollibee Foods Corporation is set to make a European debut with the strong possibility in Italy. Italy is home and host to many expat Filipinos, […]

Manhunt on for 3 Lanao Sur town mayors in drug trade

Three town mayors of Lanao del Sur tagged as allegedly involved in big time drug operation are subject of manhunt by police authorities of the Autonomous Region in Muslim Mindanao. And yet, ARMM police director Chief Supt. Agripino Javier is still mum on the name of the local government executives […]

Traditional political moro-moro (trapomo) is in full swing in the province of Camarines Sur. Outgoing 3rd district congressman Luis R. Villafuerte, Sr. (extreme left) is gunning (again) for the position of governor of the premier Bicol province for the 2013 May local elections. And more of a confirmation of the […]

An European Union commissioner noted that the Philippine government’s pre-positioned coordination capacity for Typhoon Yolanda (Haiyan) was quickly overwhelmed, underscoring that investment in preparedness should be towards disaster of the future. European Commissioner Kristalina Georgieva underscored the need for everyone to arm themselves with a “mindset of preparedness and prevention, […] 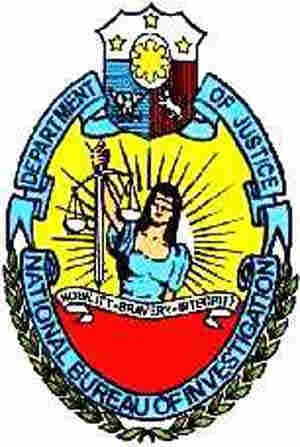 We follow the stellar carreer of a Calabangueno who is now the NBI director for region 3, Atty. Ricardo Diaz. So that when we read the scathing accusations from columnist Ramon Tulfo, we cringe in reaction at how liberally he berates government personalities and public servants thru his column. On […]

Legazpi city, June 14 (PNA) – At least 40 survivors and two dead persons who were aboard a passenger-cargo vessel that sank in the waters of Burias Pass early morning today have been retrieved by search and rescue operatives starting at about 7 a.m. today, according to a report of […]

WASHINGTON, Feb. 27 — U.S. space agenecy NASA said Wednesday its Kepler spacecraft has verified the existence of 715 more planets orbiting stars outside the solar system. The latest discovery brings the confirmed count of planets beyond the solar system to nearly 1,700, Jack Lissauer, a planetary scientist at NASA’s […]

DAVAO CITY, Aug. 21 — At a press conference after midnight Sunday at the Presidential Guesthouse in Panacan, President Duterte unceremoniously declared all positions in the government with appointment by a president must consider themselves resigned effective immediately (Monday) to push through with the cleansing of the ranks in the […]

MANILA, July 3 — Enthusiasm is high among the incoming congressman of the 16th congress taking the clue from the president himself. Over the weekend, Davao City Congressman Karlo Alexei Nograles said that with President Duterte’s commitment to federalism, he would fully support the resolution filed by presumptive House Speaker […]

Albay governor Joey Salceda expressed irritation on the announcement of the Albay Power Energy Corp. (APEC) that the electricity supply in the entire province will be restored in October this year yet. The announcement crossed the eyebrows of consumers in the province. Salceda said Saturday he has asked the assistance […]