Malacanang: President Aquino was not meddling

Reacting om a statement attributed to Senator Aquilino Pimentel III, Malacanang said that President Benigno S. Aquino III was merely expressing his views and was not meddling in the Senate investigation on the alleged irregularities committed by Vice President Jejomar Binay while he was mayor of Makati City.

3rd Batch of complaint on alleged misuse of P10-B PDAF may be filed?

Signal No. 3 on Masbate; No. 2 on Sorsogon, Albay and Burias; No. 1 on CamNorte, CamSur, Catanduanes as Typhoon Yolanda barrels through the islands 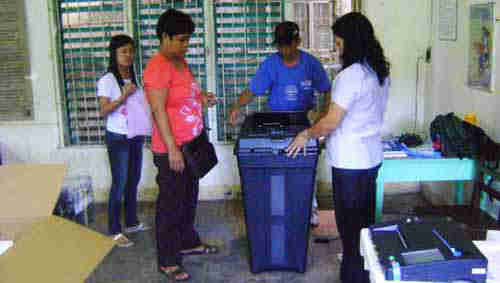 Watch The Holy Father presides over the Easter Vigil

The Philippine Senate on Monday passed on third and final reading a bill seeking to increase maternity leave in the public and private sectors to 100 days regardless of the mode of delivery. The senators voted 19-0 to approve Senate Bill No. 2982 would change the current laws that 60 […]

QUEZON CITY, Dec 23 — PhilHealth on Monday announced that it is now extending its coverage to parents below 60 years old with permanent disability. Members of the Philippine Health Insurance Corporation whose parents are permanently disabled which renders them to be totally dependent to the member, may now be […]