The Ombudsman has found probable cause to criminally charge a former member of the House of Representatives representing a district of Masbate province before the anti-graft court Sandiganbayan, in connection with the alleged misuse of the pork barrel funds.

Current Masbate governor and former congressional district representative Rizalina L. Seachon-Lañete is facing a plunder case for the alleged anomalous use of her Priority Development Assistance Fund (PDAF) allocations amounting to P112.29 million from 2007 to 2009.

Lanete’s chief of staff Jose Sumalpong is also facing plunder charges before the Sandiganbayan in connection with the scam involving Lanete’s PDAF allocations.

The Ombudsman said, “During her term as [congresswoman], Lanete continuously endorsed the implementation of her PDAF-funded livelihood and agricultural projects to questionable NGOs associated with or controlled by Napoles.”

Napoles, who is currently detained at Camp Bagong Diwa in Taguig for plunder in connection with the charges against the three senators, is the alleged brains behind the pork barrel scam.

“Field investigation conducted by Ombudsman investigators revealed that the P112.29 million PDAF was never used for the intended agricultural and livelihood projects as the documents submitted such as Disbursement Vouchers, Progress and Accomplishment Reports, Fund Utilization, Inspection and Delivery Reports, and Certificates of Acceptance were all fabricated,” the Ombudsman said.

According to the Ombudsman, the Special Audit Report of COA supported the testimonies of the whistleblowers that Lanete received total commissions amounting to P108.4 million from 2004 to 2010. Of this amount, P73 million was received from 2007 to 2009.

More tributes to the Fallen44 of Mamasapano killing fields

More song, slides tribute to the Fallen44 of Mamasapano killing fields Can’t get enough tributes? Here’s more gathered more tributes for the Fallen44, here highlighting one made for the PNP and by a private individual. Good enough the Fallen44 Philippine National Police Special Action Force that saw action in the […]

Watch here the video replay of the grand opening of Palarong Pambansa 2016 with the province of Albay hosting the national sports competition. The low quality video footage though did not give justice to the actual scenes personally experienced by those present during the event. Also, it would have been […]

I am back, yet again, after a long hibernation of sorts. I fixed some personal issues, settled what should have been done before and still in the process of accepting and facing some other health circumstances that is part of life. And then I completely pushed aside into the backburner […]

The current threat and presence of the deadly Chinese coronavirus was not a hindrance for most of practicing or devout Catholics (whichever you are on this side of the spectrum?) worldwide in observance of the most holiest days in their calendar year. Masses and rites became centered online offered by […]

DepEd: Update of areas with no classes until December 9 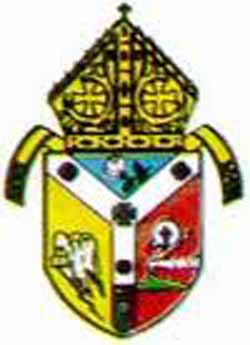 A new Catholic parish was canonically erected last October in the town of Calabanga by the Archdiocese of Caceres. The parish of St. Peregrine of Laziosi with its seat at barangay Sto. Domingo, is the 79th of the archdiocese. The new church is under the vicariate of Our Lady of La Porteria. Archbishop Leonardo Z. Legazpi, OP, DD, himself installed Fr. Joseph Collada Olin as the first parish priest during the mass held at the Union elementary school.

MANILA, Sept 14 — The Philippine’s total merchandise trade declined as exports continue to slide in July 2016, given that global economic recovery remains slow, according to the National Economic and Development Authority (NEDA). This was revealed as the Philippine Statistics Authority reported total revenue from trade fell from US […]

A new, space-based map generated by scientists at NASA’s Jet Propulsion Laboratory, Pasadena, Calif., in collaboration with the Italian Space Agency to assist in disaster response efforts shows the regions in the Philippines hit hardest by Super Typhoon Haiyan. The typhoon tore a wide swath of devastation across the island […]

Senator Marcos has edge over Bicolano aspirants for the vice-presidency in 2016?

Senator Marcos has edge over Bicolano aspirants for the vice-presidency? There is no hiding the fact on veteran senator Juan Ponce Enrile’s belief that Senator Ferdinand ‘Bongbong’ Marcos Jr. will have a distinct advantage in the vice presidential race in 2016. ”It’s all very obvious. The Bicolanos will have to […]

MANILA, Oct. 10 — The odds are closing in against Senator De Lima. And some more. So it seems, as the Department of Justice on Monday issued an immigration lookout bulletin order (ILBO) against Senator Leila De Lima and five others who are allegedly involved in the proliferation of illegal […]

President denies Yasay is quitting as DFA head, for now

President denies Yasay is quitting as DFA head, for now MANILA – It has to be the chief executive himself who has to put off the fire on the persistent rumor. President Rodrigo R. Duterte on Tuesday denied the rumor that Perfecto Yasay is on his way out as Department […]