The first and oldest university in southern Luzon is for sale. Local report confirmed the 65-year-old University of Nueva Caceres in Naga city is in the auction block. The buzz is that the majority owners, however, have already concluded negotiation with a buyer for an undisclosed value.


The buyer is said to be a prominent in the local business and education sectors. The De La Salle University has taken interest to buy into the school but failed after reportedly failing to meet certain conditions.

Occupying a five-hectare site in the city, the university was founded in 1948. It was initially known as the Nueva Caceres Colleges founded by Dr. Jaime Hernandez According to Mr. Freddie Bernal of the Commission on Higher Education-Bicol regional director, the report is still a rumor about the desire to sell.

Acting UNC Dean Lourdes Anonas cannot be contacted for comment but a grandson of the university founder, Eduardo “Bong” Sison, also among the top executives of UNC, meanwhile expressed UNC is not selling out.

Sison admitted UNC got foreign offers to buy from China, New Zealand and Australia even as the Phinma group of companies of Del Rosario has reportedly shown interest.

A source said that among the pre-conditions set to have the sale negotiation considered, aside from the undisclosed amount, is that the original name University of Nueva Caceres be retained and the statue of university founder Dr. Jaime Hernandez stay. The selling price is rumored pegged at P2Bn.

The university is partly embarking on a web-based enrollment, distance learning, establishment and operation of e-library, and sports as part of its modernization program. 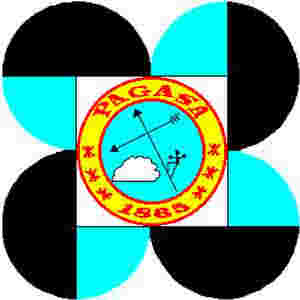 At least 24 areas in Luzon including Metro Manila are still under public storm warning signals as typhoon “Lando” slightly weakens as it continues its slow movement towards the provinces of Apayao, Ilocos Norte and Abra, the state weather bureau said on Monday. As of 4 a.m., the center of […]

World is getting crowded as India overgrows China in population

Not very surprising to know but still is worth getting a second look here. The Organization of the Petroleum Exporting Countries (OPEC) released information that the world population will increase from 7.2 billion in 2014 to 9 billion in 2040. With India becoming the most populous country in 2026, surpassing […]

MANILA — It is not true that the “Brexit” will have no effect on the country as apologists project it to be. The local stock market tumbled anew on Tuesday, as investors pocketed gains after last week’s British exit, ‘Brexit,’ vote continued to agitate the global financial markets. The Philippine […]

MANILA, July 17 — The National Disaster Risk Reduction and Management Council (NDRRMC) said the number of deaths rose to 20 while 505,000 people were affected in Luzon and the Visayas due to strong winds, waves and rains spawned by Typhoon “Glenda”. In its report on Wednesday evening, NDRRMC said […]

The 9th Division of the Court of Appeals affirmed the conviction previously handed down by the Regional Trial Court Branch 33 on July 25th 2011 for indirect contempt by former Camarines Sur electric cooperative 2 president, eight members of the board and an area manager. Convicted as charged are former […]

Overfishing, widespread corruption and uncooperative local executives are the key factors hampering the government’s campaign against illegal fishing practices slowly killing the industry according to the Bureau of Fisheries and Aquatic Resources. In a media briefing, Francisco Ombao, BFAR Fisheries Regulatory and Law Enforcement Division chief, said that a study […]

That is why a person should not share some very personal stuff to another, especially when the thing contain controlled substance like one in an asthma inhaler. One can look at it as ridiculous but it happened in Texas, USA. Two honor students in Dallas were suspended and faced 30 […]

LEGAZPI CITY, March 1– Like a broken record, the press information on Albay tourism bets high hope on visitors mostly from the Chinese mainland. One Chinese tourism agent confirms that his company have selected Albay as a tourism destination for the meantime. Terrence Fang of Yueqiho International Travel Agency recalled […]

Like an Earthquake! SpaceX’s Starship SN4 prototype blew up on its test stand in Texas

After the shelved space launch tagged as history-making the collaboration of SpaceX and NASA’s of two astronauts into earth’s orbit on Thursday, an unfortunate and not expected failure happened Friday afternoon. Starship SN4 prototype blew up on its test stand in Boca Chica, Texas. This time it involved the explosion […]

Former child actress Leizl Martinez died peacefully at 6:35 am yesterday, witnessed by her loving family, including her mother Amalia Fuentes. She courageously fought but finally lost her final bout with cancer. In 2008, she was diagnosed with a Stage 3 breast cancer and had a mastectomy coupled with successive […]

The exciting 4-stage cycling event dubbed as the Le Tour de Filipinas in Luzon kicks off next month. Now on its 7th year, the four-day sporting competition starts on the 18th from Antipolo City and ends in Legazpi city. Stage One of the race will test 75 cyclists negotiating a […]

I spied on Momma Hummingbird and found her secret!!

Earlier I posted the return of hummingbirds nesting with a short pantomime of Momma Hummingbird. Here I enchanced a very sort clip of the video and made it larger for a clear viewing experience. I originally planned to make a livestream stakeout of the Hummingbird on its nest and eventually […]

Legazpi Bishop Joel Baylon is adding voice on the strong opposition to the Duterte administration-sanctioned deadly all-out war on drug users and pushers. During the Sunday mass service, the bishop lamented the unfortunate disregard of the strong moral outcry for life. The Legazpi prelate announced the ringing of church bells […]

Duterte to release names of 27 local officials in drugs

”My God, you will be shocked,” Presidential legal counsel Salvador Panelo said, giving mediamen a possible reaction to the new expose about local executives who will soon be identified by Malacanang. This as President Rodrigo Duterte will soon reveal the names of at least 27 local executives allegedly involved in […] 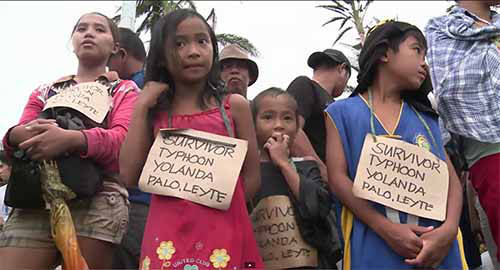 On Day 8 after Yolanda relief goods, teams from Bicol, Davao start to arrive in Ormoc City

On the 8th day after the super typhoon Yolanda’s touchdown on Eastern Visayas relief goods start to trickle in Ormoc City. This is the obtaining progress as various government and humanitarian agencies with lead agency DSWD tasked at delivering aids shifted gear in its operation. Truckloads from different regional offices […]

LEGAZPI CITY — Members of the defunct Albay Electric Cooperative (ALECO) believes that the P500-million rehabilitation fund the coop received from the national government seven years ago has been misappropriated. The members who formed the group Aleco Forum has asked the Anti-Graft Division of the National Bureau of Investigation (NBI) […]

MANILA, Dec. 10 — The death toll from super typhoon “Yolanda” (Haiyan) rose to 5,936 while the affected persons have reached 12 million, the national disaster council said on Tuesday. The running total of the death toll is broken into at the Calabarzon, 3; Mimaropa, 19; Bicol, 6; Western Visayas, […]

Nokor Rocket Launch a Dud, even as Bicol Folks were Forewarned

The Philippines remained a great bystander before and during the much ballyhoed Unha-3 three stage rocket launch by North Korea that was after all a great dud. Some four hours after the rocket exploded over the Yellow Sea, the North admitted the satellite had failed to enter orbit, and that […]