MANILA,, March 3 — If we are to believe that passing the Bangsamoro Basic Law into law will not solve the conflict in Mindanao, according to Prof. Miriam Ferrer, then why the heck they still stay at the government peace panel?

Professor Miriam Ferrer, who chairs the side of government peace panel ( Office of the Presidential Adviser on the Peace Process) has been under fire due to perceptions that she and fellow negotiator/peace adviser Ging Deles are “lawyering” for the Moro Islamic Liberation Front.

Ferrer said passing the draft BBL into a law will not totally solve the conflict in Mindanao as there are still other armed groups that are sowing chaos in the region.

“BBL is not equal to peace, it’s too narrow a view,” Ferrer stressed in an interview at the sidelines of a journalism seminar in Anilao, Batangas, on Sunday.

There are still a lot of reforms that must be introduced and more armed groups that must be dealt with before peace can even have hope in Mindanao, according to Ferrer.

Ferrer also said they are open to discussing the changes in the draft BBL that the Congress wants to introduce but they are waiting for the Office of the President to initiate the talk with the legislators.

“Maybe it’s just a matter of explaining the provisions being objected to by the legislators or changing some of the words in the BBL if they are causing confusion,” she said. (with PNA report)

“Unwanted guest” may come during PH Papal visit. MANILA, January 11 — Guess “who” (what) might come during Pope Francis Papal Visit to the Philippines next week? A forming weather disturbance that may strengthen to a low pressure area may enter the Philippine area of responsibility during the Pope’s visit, […]

It is almost definite that the coming Barangay (officials) and Sangguniang Kabataan elections on October will be postponed. This developed as President of the Philippines Rodrigo Duterte backtracked from an earlier pronouncement supporting the holding of the scheduled elections as mandated by the law. During the 10th anniversary of the […]

Watch Pope Francis meet with the families at Mall of Asia

Must watch interview of the lady doctor from Legazpi city who co-leads project in production of personal protection equipment (PPE). The Bicol region has 4 patients confirmed positive with the Chinese coronavirus, three in the province of Albay and one in Camarines Sur. As more cases of probable infected persons […]

Stormy Weather prevails in Bicol on Christmas day, no thanks to ‘Nina’

The Mega Canyon of Greenland hidden by ice

Once the ice that cover majority of the European autonomous nation of Greenland vanishes, man will find many interesting features of its terrain and landscape. One, is the mega canyon of Greenland, far longer than the Grand Canyon of mainland United States of America. According to NASA: Data from a […]

This is the live stream direct from Vatican City featuring the observance of Ash Wednesday in the Catholic world. Scheduled for Feb 10, 2016, Pope Francis presides at Holy Mass, which signal the beginning of Lent. The celebration starts at 4:30 PM, Vatican time. The event will also be highlighted […]

Can’t wait to see the “actual” new map of the Philippines that reflects the West Philippine Sea, the previous name of which “was” South China Sea. We learned earlier that Philippine President Benigno Aquino III signed administrative order (AO) number 29 officially renaming that portion of the sea west of […]

Sheina Alicante, 2nd year college student of Bicol University in journalism wins first place with a rating of 88.11% in the just concluded 2nd Bicol newscasting competition. The contest was held last Saturday, August 24th, at The Tent of Avenue Plaza Hotel in Naga city. Other winners include second placer […]

An encounter between Army troopers and New People’s Army (NPA) rebels on Sunday afternoon in Barangay Upper Maalo, Juban, Sorsogon, forced at least 81 families to scamper for safety. Soldiers belonging to the 31st Infantry Battalion of the Philippine Army and a band of NPA guerrillas clashed at about 3 […]

Former United States presidential candidate Hillary Rodham Clinton has conceded defeat from Republican candidate and President-elect Donald Trump. The defeated Democratic candidate and former US Secretary of State called by phone the winning Mr. Trump a few minutes ago. The ongoing election tally being broadcast live by major US news […]

ILOILO CITY, Feb 23 — Identified areas of mangroves along riverbanks, coastal zones and public lands in all provinces of Western Visayas are up for a massive tree planting and greening program. The regional offfice here of the Department of Environment and Natural Resources (DENR VI) is now ready to […]

Leaders of 21 member countries of the Asia-Pacific Economic Cooperation (APEC) said it strongly condemned all acts of terrorism and stressed that there is urgent need to increase international cooperation to fight it. “Under the shadow cast by the terrorist attacks in Paris, Beirut, and against Russian aircraft over the […]

On Monday the ‘formal’ state visit of Chile President Michelle Bachelet begins even as she arrived and was met at the Ninoy Aquino International Airport by Vice-President Jejomar Binay on Sunday afternoon. Also part of the official welcoming party were Philippine Ambassador to Chile Consuelo Puyat Reyes, Social Welfare and […]

Ten bus units being operated by the Raymond bus line was penalized with 30-day suspension order from the Land Transportation Franchising Regulatory Board (LTFRB) triggered by a fatal road accident in Sariaya town of Quezon province. One of the units of Raymond bus line crashed into a restaurant along Maharlika […] 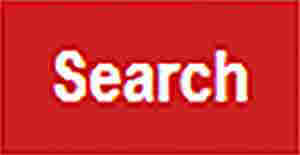 After relying on built-in functionality provided by the current and previous WordPress themes in searching the archives, both websites The Bicol Street Journal and The Bulletin Today (now deactivated as of January 2015) has the Google search engine fully integrated and working perfectly well. The search, though, limit results to […]

The PNP- Board of Inquiry report on the Mamasapano incident

True being a brother, President of the Philippines (POTP) Benigno Aquino III on Thursday defended the use of presidential chopper by movie star and TV host sister Kris Aquino in the launching of a project in Negros Occidental last Tuesday. In a media interview in Lipa City, President Aquino explained […]

An early report Sunday morning quotes TMZ that NBA star Kobe Bryant together with his 13-year old daughter Gianna Maria Onore, perished in a helicopter crash in Calabasas in California. Kobe was traveling with at least 3 other people in his private helicopter when it went down. A fire broke […]