Police authorities have launched a manhunt against four men who carried out bombing attacks in Cotabato City and Kabacan, North Cotabato that injured eight persons, including two soldiers and two minors, on Saturday night.

“We are pursuing the attackers, we have initial information about their identities,” Tayong said of the Kabacan grenade attack which occurred at 6:30 p.m.

Tayong said two men riding on a motorbike lobbed a hand grenade at the corner of Rizal Avenue and Malvar Street in Kabacan about 6:30 in the evening. Wounded were Johainna Pops Alon, 17; Berlie Baluyot, 46; Rosalie Parenas, 36; John Clark Opena, 13; and Gerardo Moya, 48, all residents of Poblacion Kabacan.

Tayong said the suspects sped toward Barangay Kayaga, also in Kabacan. He said the motive of the attack and the perpetrators remained unknown.

At past 7:30 p.m., Senior Supt. Raul Supiter, Cotabato City police director, said a blast occurred in front of a parked cargo truck along Sinsuat Avenue after a grenade was lobbed by two men riding tandem on a motorbike.

Two soliders were injured from a military truck conducting a rotuine patrol which was passing at the time. Injured were PFC Romer Agustin, 27, and PFC Noel Ganab, 28, both of the Army Special Forces Battalion. Also injured by the blast was student Mohaimen Biron, 21.

The 9th Division of the Court of Appeals affirmed the conviction previously handed down by the Regional Trial Court Branch 33 on July 25th 2011 for indirect contempt by former Camarines Sur electric cooperative 2 president, eight members of the board and an area manager. Convicted as charged are former […]

The northeast monsoon or “hanging amihan” will continue to affect the country and bring light rains in northern Luzon, while most parts of the country will experience fair weather on Friday, the Philippine Atmospheric, Geophysical and Astronomical Services Administration (PAGASA) said. For Friday’s forecast, the state weather bureau said cloudy […]

Senate can conduct BBL hearings even during recess – Marcos

MANILA, March 4 — Public hearings on the proposed Bangsamoro Basic Law (BBL) can continue even if Congress is in recess, according to Senator Ferdinand “Bongbong” Marcos, Jr. “We can still continue working during the adjournment. We can still hold hearings even if we are in recess,” Marcos said in […]

TIAONG, Quezon, March 24 — The briefing on the P13.1-billion Southern Luzon Expressway-Toll Road 4 (SLEX-TR4) extension project was held here with President Benigno S. Aquino, III in attendance. The 58-kilometer project will link Sto. Tomas, Batangas all the way to Lucena, Quezon. The four-lane project, which was mandated under […]

The qualities of the next president according to Sen. Miriam Santiago

Presidential candidate and Senator Miriam Defensor Santiago said the next leader of the country should have moral excellency apart from being excellent academically and professionally. In her statement during the Presidential Debate held in Cagayan de Oro City on Sunday, the lawmaker said she believes that it is important that […]

This is the law which many could have been waiting for. Carnapping in the country will soon be a non-bailable crime with a longer stay in the prison for offenders. It is because the new anti-carnapping law will soon take effect 15 days after its publication. These are the salient […]

Watch the Good Friday Procession and Tableau of Calabanga

Sharing here the coverage and watch the Good Friday procession and tableau in Calabanga, particularly by the Catholic Parish of La Porteria. As all roads lead to the celebration, but more of observance of the most holy week of the year in the Catholic world, many devotees and pious believers […]

Three public activities are lined up on the official second day of apostolic visit of Pope Francis in Mexico. A welcome ceremony for the visiting pope hosted by President Enrique Peña Nieto will be held at the official residence of the head of state, the National Palace. It is also […]

An online social media network executive urges its service to lay a level playing field for US President Donald Trump in the 2020 elections. The Facebook vice-president for augmented and virtual-reality Andrew ‘Boz’ Bosworth first posted his 2,500 worded opinion in a private internal Facebook channel. When the New York […]

10 steps how Comelec will deliver a credible May 9, 2016 election results

MANILA, Dec. 6 -– The importance of available technology advancement and qualified, tech-prepared manpower can best be demonstrated on the on-going weather and typhoon watch happening now. Three storm chaser teams in Luzon, Visayas and Mindanao will be reporting updates on typhoon “Ruby’s” strength and direction, the state weather agency […]

On this second installment on municipal LGUs focus is on the total non-tax revenue which consists of collections from regulatory fees (permit and licenses), service/user charges (service income), income from economic enterprises (business income) and other receipts (other general income). Daet of Camarines Norte earned the distinction to have topped […]

Denial or Whatever, Are We Really Independent?

On July 4, 1946, the Bicol High School led the celebration of independence day in Calabanga. One of the highlight of the occasion was a parade around the town with adorned floats of young maidens and men of the locality, many of whom were students of the distinguished school. It […]

Poetry is a Part of Literature That is Now Going Passe?

Poetry is a part of literature that is now going passe. Gone were the days when poetry reading was once a part of grand occasions looking back into our Hispanic heritage. It is even getting less and less popular among students what with their current interest. Something understandable, as technology […] 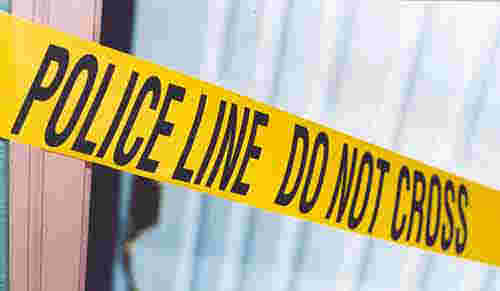 As Inodnesian-triggered haze worsens Southern Mindanao air quality, health officials in the Autonomous Region in Muslim Mindanao (ARMM) on Friday as it released an advisory for the public to stay indoors to avoid suffering from respiratory diseases. ”Don’t underestimate the ill effects of haze. It’s worsening the already compromised quality […]

Why instant noodles is far from healthy food

Instant noodles has become permanent item in the food packs distributed by the government agencies, NGO’s and humanitarian groups to indigents and victims of calamities in the country. Coming out in different variety, brand name, flavor and appearance, instant noodles are really handy and easy to prepare. A compacted small […]