LAOAG CITY, Apr. 29 – The popular Ilocos Norte sand dunes is turning fast into the destination of select Philippine cinema’s finest and iconic characters. After Nora Aunor’s ‘Elsa’ sculpture from the internationally-acclaimed movie ‘Himala’ (Miracle), another image of a film character, ‘Flavio’ in the fantasy film series ‘Ang Panday’ will rise amidst Ilocos Norte’s rolling sand dunes here. Both films were shot on the same sand dunes which have become the site of the annual sand dune festival locally known as “Himala sa Buhangin” (Miracle in the sand).

The sculpture of Flavio, portrayed by Fernando Poe, Jr, will be unveiled during the festival’s opening on May 1. Carved by visual artist Raphael David, the Panday image depicts a scene where the iconic character hurls his magical sword against a supernatural enemy.

The 1980 film, Ang Panday (blacksmith in Filipino), is originally a fictional Philippine comics character created by writer Carlo J. Caparas and artist Steve Gan serialized in the popular format “komiks” in the 1970s.

The film became a hit and spawned three more movies, Ang Pagbabalik ng Panday in 1981, Ang Panday Ikatlong Yugto in 1982 and Ang Panday Ika-apat na Aklat in 1984. In the film, Flavio is an ordinary human who is known for his superb swordsmanship. After a meteorite crashes to the ground, he forges its ore into a dagger, which magically turns into a sword whenever he raises it.

The main sculpture is done using fiberglass. For the sword, the same material as the sculpture will be used but with stainless steel features,” according to visual artist Rafael David. The artist specialize in hyper-realist figurative sculptures, using materials such as silicone rubber, resin and actual human hair. He studied Fine Arts at the University of the Philippines, Diliman. In 2009, he won the grand prize in the 42nd Shell National Student Art Competition for the sculpture category. (PIA – Cherry Joy C. Garma)

ZAMBOANGA CITY, Feb. 25 — Almost there. Everything is ready for the holding of the first local bird festival to be hosted by the Zamboanga State College of Marine Sciences and Technology (ZSCMST) on Friday, February 27, here. State college president Dr. Milabel Nazario made this announcement Tuesday, citing the […]

LEGAZPI CITY, July 15 — As of 3:00 p.m. Tuesday, tropical storm “Glenda” was located at about 90 kilometers of this city and is expected to hit Legazpi City at about 4:00 p.m. The typhoon is expected to pass by Prieto Diaz in Sorsogon, then Legazpi and the First District […]

WATCH THIS: Pope Francis celebrates mass at St. Peters Basilica for Vespers of the Feast of Saint Mary, Most Holy Mother of God and Te Deum of Thanksgiving marking the end of year. The coverage has an English voiceover/ translation. Much later, the first New Year mass at the Vatican […]

MANILA — A total of 52 clustered precincts from 11 towns, many in the Autonumous Region in Muslim Mindanao and Eastern Visayas will hold a special voting on Saturday, May 14. This was confirmed as the Commission on Elections (Comelec) has declared failure of elections in 11 municipalities in the […]

Watch here as Pope Francis preside at the Holy Mass and the Canonization of four Blesseds. At the end of the rites, the Pope led the recitation of the Marian prayer Regina Caeli. The most significant act of the day was the elevation to sainthood of Sisters Mariam Bawardy and […]

License of 3 Recruiters Gets Axed For Misrepresentation

The windfall volume and value of dollar remittances from Ex-Pats and overseas Filipino workers coursed through banking and monetary institutions that help float the Philippine economy is of paramount importance both to the beneficiaries and to the government. OFWs nonetheless deserve not only respect and adulation but active, instead of […]

Shout Out to Pinoy Parents and Graduates

It is disturbing how many graduates from the numerous schools of the country will get job placement afterwards. It will always remain a question forever. For the multitude of graduates, like in clinical nursing, may end up in call centers and the worst scenario- as sales clerks in mall stores, for there are not too many hospitals can absorb the abundant supply of manpower. 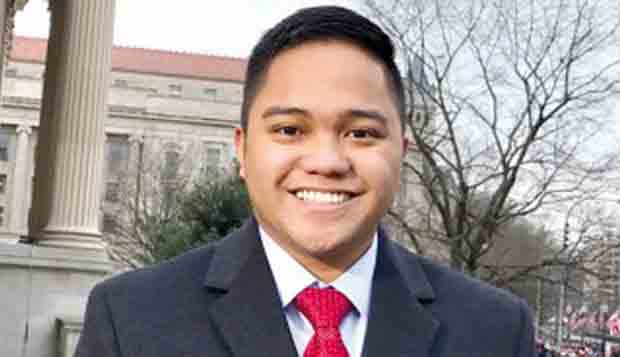 Bicol’s man in Washington Ninio Fetalvo, is he on the way out, too?

We speculate on the fate of Ninio Hilario Fetalvo, Bicol’s man in Washington, USA. Will he stay longer, like maybe beyond August of 2017? Fetalvo earlier worked as Florida Communication Director for the Republican National Committee under Sean Spicer before joining him in the White House as Assistant Press Secretary. […]

Masbate governor, and former 3rd district congresswoman Rizalina Seachon-Lanete was axed by the Office of the Ombudsman from her post for the anomalous utilization of Priority Development Assistance Fund (PDAF) amounting to P112.29 million between 2007 and 2009. Seachon is being detained in Bicutan, Taguig City. Also included in the […]

MANILA, Feb. 23 — Oil derived-products are on the side of price increases with two retailers leading the pack. Pilipinas Shell Petroleum Corp. and Phoenix Petroleum Philippines Inc. will increase pump prices of gasoline by 85 centavos per liter and diesel by 80 centavos per liter on Tuesday. Shell will […]

Manila, Jan. 26 — A total of 80,693 examinees will be taking the board licensure examination for professional teachers today in 15 testing centers nationwide. The Professional Regulation Commission announced that the bulk of LET examinees will come from the National Capital Region with an estimated 18,055 examinees, followed by […]

The Department of Health is advising the people, particularly the elderly, children and those with asthma or other chronic obstructive pulmonary diseases (COPDs) on ways of coping with the risks of haze now being experienced in some parts of Mindanao. Read more:Indonesian haze worsens, compromise Southern Mindanao air quality DOH […]

Internet service for everyone anywhere, anyplace through Google balloons update

Internet service for everyone anywhere, anyplace through Google balloons update. Remember when Google huggged technology news during its launching of a limited number of balloons down under, in New Zealand? That was its project launch in 2013 which now the search giant claim have flown already millions of test miles […]

The recent typhoon (Bebeng) hit the streets of Calabanga and poured enormous flood water on our living rooms. The storm also drained out about one thousand tilapia fingerlings me and my kumpadre seeded on the portion of the creek at the back of our house.

MANILA — Without a strong 2-party system, the exudos of political butterflies is apparent. A characteristic most very descriptive of the political landscape much deeply rooted to self-presevation, ambition and political patronage only in the Philippines. Saying this, eleven officers and members of ruling Liberal Party on Thursday joined the […]

Early photos of the successful attempt by the joint effort of organizers to set a world record for the biggest human no-smoking sign in the province of Albay staged at the school campus of the Bicol University in Legazpi city, June 28, 2013, Friday. Photo courtesy of Dr. Elnora Brocales. […]