On Monday’s first State of the Nation Address of President Rodrigo Roa Duterte, do not expect to see the wives of honorable members of the Senate and House of Representatives, including the lady legislators garbed in pompous terno with matching jewelry. After all, the event is not about the display of wealth and elegance. The president specifically frowned on the idea of guests flaunting extravagance.

The general goal is giving more weight on the content of the SONA that women attendees are encouraged to wear knee-length Filipiniana dresses and for men to wear either barong or business suit.

Practically stomping down on the previous presidential SONA’s, the upcoming one will not unfold a fashion show of sort but center on the content of President Duterte’s speech, his first SONA.

The focus of the chief executive’s SONA will probably contain the administration’s 10-point economic agenda, including its comprehensive tax package.

It would be the goals of the present administration to implement more infra projects, however big or small, to sustain more inclusive growth of the local economy. It would get funding from loans, thereby padding upwards the nation’s debts at the same time hoping for improvement in tax collection.

He is also expected to discuss plans on how the administration will go forward with its plan of a federal type of government to be able to inform the public on their participation according to the spokesperson of the Department of Finance.

Mr. Duterte would also pronounce officially his support for the return of death penalty even as suspected drug personalities are already being meted the capital punishment thru extrajudicial process now raising concern coming from the human rights activists.

The SONA will be directed by award-winning film Director Brillante Mendoza.

Image: Photograb from RTVM video during the inspection of Buluan biomass power plant on July 22, 2016.

No salary increase for public school teachers this year – Malacanang

MANILA – As the first day of classes opens nationwide, public school teachers are greeted with the announcement by Malacanang that their desired salary increase will have to wait until next year. Reposting here newsbrief from The Bulletin Today Presidential spokesperson Herminio Coloma, Jr. explained that a raise could not […]

Fearless but fresh, incohesive storytelling of 41st MMFF New Wave films. Before the formal opening of the 41st season of the Metro Manila Film Festival ushered by a parade of stars last December 24th, the small section of independent producers showcased their ‘indie films’ consisting of Full Feature, Animation and […]

Divided. This is the single, apt word to describe how the chasm of political discombobulation has infected the Filipino psyche. Fueled more by paid trolls who make sure to get small minute details and pick on it if only to stir non-productive discussion. While the many areas in the Bicol […] 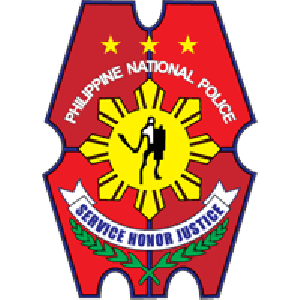 MANILA, Dec. 18 — A total of only three hundred seventy-seven (377) examinees (283 males and 94 females) passed the highly-competitive PNPA Cadet Admission Test (CAT) held last November 10 in 24 key cities nationwide. The 377 successful examines represents only 3.4% out of the total 10,966 qualified applicants who […]

The domestic airport in Pili serving metropolitan Naga and the provinces of Camarines Sur and Camarines Norte will soon be capable of catering to evening flight take-off and landing operations. The Naga airport, which is operated by the Air transportation Office (ATO) of the Department of Transportation and Communications, has […]

As many expected, former Philippine senator Bong Revilla on Friday was acquitted by the Sandiganbayan of the plunder case in relation to the misuse of P224 million pork barrel funds. Pork barrel funds were coated as Priority Development Assistance Fund (PDAF) of previous administrations. His co-accused, bussinesswoman Janet Lim Napoles […]

The Mother and Queen of All Rivers in Southern Luzon

Easily, then, Bicol river is both the queen and mother of all rivers in southern Luzon due to its size and influence. It holds sway and impact on the fertile and floodplains of the provinces, dictating the state of economic well-being and status affecting thousands of lives of people- including farmers, fisherfolks, travellers, etc., around its sphere of natural terrain.

MANILA — Without a strong 2-party system, the exudos of political butterflies is apparent. A characteristic most very descriptive of the political landscape much deeply rooted to self-presevation, ambition and political patronage only in the Philippines. Saying this, eleven officers and members of ruling Liberal Party on Thursday joined the […]

MANILA, March 31 — Increase in the daily subsistence allowance of uniformed personnel from P90 to P150 per day takes effect retroactively on the 1st day of January 2015. This after President Benigno S. Aquino III signed the joint resolution with Congress for the purpose. In a press briefing at […]

Many of us are up and about busy of things mundane other than politics after the tiring electoral exercise just concluded last month. But guess what, the move to split the province of Camarines Sur into two is not resting in the dust bin. In fact, the spirit behind the […]