KORONADAL CITY — Four leaders from the provinces of  (North) Cotabato, Maguindanao and South Cotabato were among the favored faces of the new cabinet of President-elect Rodrigo Duterte.

Foremost among the four was incoming Agriculture Secretary Emmanuel “Manny” Piñol who, after his appointment was made public,  immediately embarked on “Biyaheng Bukid” across the archipelago.

Former South Cotabato Gov. Esmael “Mike” Sueno will head the Department of Interior and Local Government, an important Cabinet post which has direct supervision over local government units, the Philippine National Police and its attached agencies.

However, no Muslim or member of Indigenous Peoples has been named in Duterte’s Cabinet as of yet.

As DILG secretary, Sueno said Duterte has “three specific marching orders for me.” He said the President wanted to put a stop to local government officials’ practice of holding seminars, conferences and the like outside the province they belonged.

“Duterte also wanted a total stop to ‘Lakbay-Aral’ and study how to solve the problem of misuse of intelligence funds of LGUs. (PNA)

This is the complete live stream feed of the blessing of the palms and olive branches, procession and Palm Sunday celebration direct from Vatican. We keep watch the entire proceedings as Pope Francis will once more preside on the rites. But while the traditional celebration in early years involve people […]

Pope Francis Christmas 2013 message: Glory to God in the highest heaven, and on earth peace among those whom he favours (Lk 2:14) Dear brothers and sisters in Rome and throughout the world, Happy Christmas! I take up the song of the angels who appeared to the shepherds in Bethlehem […]

A total of 785 old first-class species of shady and fruit-bearing trees that have been giving life to the environment will be cut down in Sorsogon. Earlier, there was a similar plan to remove more than 650 same old trees in Naga city, and discussed also here 651 Trees on […]

Philippines state weather agency confirmed that Typhoon Ruby has made its second landfall over Cataingan, Masbate. At 10:00 A. M., the eye of the typhoon was located based on all available data including Cebu Doppler radar at 20 km East of Cataingan, Masbate (12.0°N, 124.1°E) with maximum sustained winds of […] 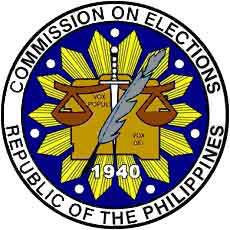 Peso takes a breather on renewed interest on equities

Peso takes a breather on renewed interest on equities MANILA, Feb. 14 — The Philippine peso ended the week sideways to a dollar at 44.28 from day-ago’s 44.37 partly buoyed by investors’ preference to put funds in the local equities market. A trader said investors are still worried about the […]

Security in NAIA on heightened alert for back to school rush

MANILA — The “laglag-bala” dented Ninoy Aquino International Airport (NAIA) will implement a heightened alert status until June 20 as passengers using public transportation are expected to increase in time for the opening of classes. MIAA General Manager Jose Angel Honrado said that the airport is ready to accommodate students […]

ROBREDO: Let us welcome the new year with HOPE in our eyes

Vice President of the Philippines (VPOP) Leni Robredo urges Filipinos to “welcome the new year with hope in our eyes, delight in our hearts and smile in our lips-smile that says despite all we have been through and will go through, there are so many things we should be thankful […]

MANILA, Nov. 18 — Result of the latest survey on the administration of President Benigno S. Aquino III conducted by the Social Weather Stations revealed an increase in approval rating. It is by far a rebound in the last quarter after a very noticeable record low in June. The third-quarter […]

Watch here the full coverage of President Rodrigo Roa Duterte’s first State of the Nation Address at the Batasan Pambansa complex in Quezon City. Live stream event could start earlier for backgrounders, some behind the scene details and more, but the program proper starts about 2:00 PM, July 25, 2016. […]

Leni meets Rody. Watch first “formal meeting” of Vice President Leni Robredo with President Rodrigo Duterte. VP Leni had her first courtesy call with the newest of Malacañang tenant. The Bicolana leader seemed awed by the power that be in the Palace, just watch her demeanor. She mostly showed utmost […]

MANILA, March 4 – Senator Grace Poe is still waiting for Smart Communications to contact her office regarding the Senate’s subpoena to produce records of short message services (SMS) between PNP chief Alan Purisima and other key persons involved in the Mamasapano debacle of the PNP SAF. ”We want to […]