MANILA, Dec. 10 — The death toll from super typhoon “Yolanda” (Haiyan) rose to 5,936 while the affected persons have reached 12 million, the national disaster council said on Tuesday.

Damage caused by Yolanda was estimated at P35.527 billion, including P18.206 billion in infrastructure and P17.321 billion in agriculture.

Total cost of government assistance for the affected families has reached P1.046 billion.

The disaster office also said that the task force food and water have started localized repacking to minimize security demand while DSWD continues its food assistance until Dec. 31 and will consider alternative assistance afterwards such as the food-for-work program.

Meanwhile, 35,381 people, 1,351 vehicles, 112 seacraft, 163 aircraft and 28,361 other assets/equipment from the national and local agencies have been deployed to strategic areas to expedite response and medical operations. (PNA)

Move over Burj Khalifa (of Dubai), a new high rise tower is rising (sic) in the Kingdom of Saudi Arabia. The Jeddah Economic Company is building the world’s tallest tower that can eclipse the Burj currently in the Guinness World Record. Over 1000 meters and a total construction area of […]

An estimated 2.5 million domestic workers around the country will now get PhilHealth coverage, thanks to the signing into law of Republic Act number 10361. The new law specifically aims to protect the welfare of all domestic workers. It defines the labor rights as well as standardizes wage and entitle […]

Is shark fin one of your favorite? Shark fin soup, also shark’s fin soup, is a soup preparation with the main ingredient of shark fin, among others. It as a traditional soup or stewed item usually in Chinese cuisine served at special occasions such as weddings and banquets. Shark fins […]

President Benigno Aquino III convened the Cabinet security cluster, in the wake of terror attacks in Paris, to ensure that all preparations and contingencies are in place for the 2015 Asia-Pacific Economic Cooperation (APEC) Summit slated Nov. 17-20 at the Philippine International Convention Center (PICC). ”Yes, the President convened the […]

MANILA, Jan. 10 — Be forewarned. The waters off Northern Luzon, the Visayas and eastern seaboards of Aurora, Quezon, and Southern Luzon, may experience rough to very rough seas with waves 3.4 meters to 4.5 meters high due to strong to gale force winds associated with the northeast monsoon which […]

After a grueling 90-day election campaign, independent presidential candidate Sen. Grace Poe showed up in a star-studded miting de avance ready to face the verdict of the 54.4 million Filipino voters on Monday. In front of the thousands of supporters at the Plaza Miranda on Saturday night, the petite but […]

The construction of phase one of seawall boulevard project in the northern portion of Legazpi City has begun as part of the P2.1-billion master flood control project supervised by the Department of Public Works and Highways and the City Engineering Office. On Tuesday, city mayor Noel Rosal disclosed the project […]

After her homecoming on March 11, 2016, she was listed as aged 65 with a temperament as slow, easy-going. She enjoys the company of both her kind and humans. She was described with tall, well-rounded back. long head, and round top. She also have large tail hairs and slight pigmentation […]

The Green and Leafy Sea Dragons

Enjoy this short clip of the green and leafy sea dragons. First published in YouTube in widescreen.

Ramos urges Malacanang for a memorial to SAF44

MANILA, Feb. 25 — Is there a need for a memorial dedicated to the slain SAF44? Former President Fidel V. Ramos sees the need for a memorial honoring the 44 Special Action Force (SAF) police commandos killed in action last month during a mission against two terrorists in Maguindanao province’s […]

A spear fisherman’s presence attracted the attention of a wandering bull shark off the coast of north Queensland, Australia. Thirty five year old Kerry Daniel was diving off the Australian coast when he spotted a ‘killer’ bull shark thrust toward him. The man related that he was fishing in a […]

Watch We are the World for the Philippines

PLDT sucks in customer service. Calabanga, CAMSUR — The new year of 2015 is seen to augur inspiration and hope for many of us. But if the new year is epitomized in telecom service like the Philippine Long Distance Telephone Company (PLDT), then it doesn’t look good at all. Before […]

What’s up guys. I experienced one breath taking sunrise over San Miguel Bay. I’m back sharing here a short video of an early morning boat ride, a segment of the trip which started from the seaside village of Vito in the town of Siruma to the shoreline ‘poblacion’ of Tinambac. […]

The gathering storm on Pope Francis 4rth day in PH

MANILA, Jan. 18 – As the Papal Visit of Pope Francis in the Philippines nears its end gathering the faithful into unity, nature is also gathering storm. The state weather agency PAGASA on Sunday advised the public who will attend events of Pope Francis at the Rizal Park and the […]

Meet, watch and listen to the ‘three horsemen’ as they confront the face of the devil’s advocate who wanted to abolish the constitutional body of Human Rigths Commission. On this edition of NOAH – News One and Half, we hear-see three distinguished lawmaker-members of the Philippine House of Representatives deliver […] 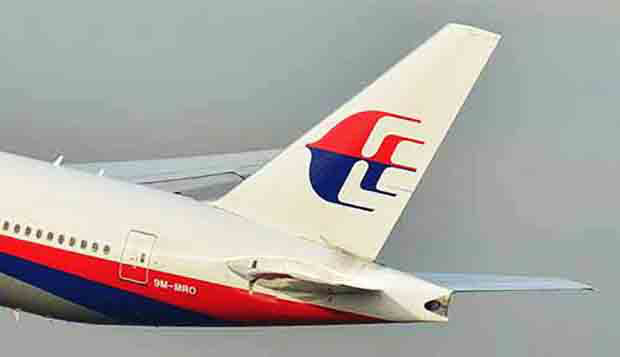 CANBERRA, Australia –The saga for the search of missing MH370 plane is not yet over so it seems, despite past pronouncements the operation should have been minimized if not stopped already. But no, on Wednesday, the Australian research team claimed they have narrowed the location of the missing MH370 flight […]

Success. SpaceX’s Dragon cargo craft launched at 12:45 a.m. EDT on a Falcon 9 rocket from Space Launch Complex 40 at Cape Canaveral Air Force Station in Florida with almost 5,000 pounds of cargo. Instruments to perform the first-ever DNA sequencing in space, and the first international docking adapter for […]

The Bicol regional branch in Legazpi city of the Office of Civil Defense (OCD) on Monday said teams had terminated the three-day search and rescue operations for the remaining missing passengers of the MV Lady of Mount Carmel, a roll on-roll-off passenger-cargo vessel that sank early Friday morning at the […]

The Tale of the Forlorn Couple

The past days and more to come, many of us get the kind of “high” feeling because of jubilation and things happening about the neighborhood or pretty much everywhere. But away from the maddening crowd of people celebrating fiestas and other festivities, away from the euphoria of highly charged atmosphere […]

The entertainment value of this NASA video is timeless. And it is not easy to beat even while already much dated. Of course it was a parody of a song and dance number made famous by musical artist Psy (Park Jae-sang) released on July 15, 2012 by South Korean labels […]