DAVAO CITY, Nov. 27 — Update. Mayor Rodrigo Duterte filed his Certificate of Candidacy for President with the Commission on Elections in Manila through his lawyer Salvador Medealdia at 11:55 Friday morning.

This developed after Duterte withdrew his COC for mayor with the Comelec here at 11:40 am Friday. After withdrawing his COC, Duterte filed a certificate of substitution naming his daughter, former mayor Sara at 11:55. Sara subsequently filed her COC for mayor as Duterte’s substitute.

“I crossed the bridge of rubicon. I place my future in the hands of God,” Duterte said during a press conference at Task Force Davao before heading to Sarangani province.

While he was sad that he would lose part of his privacy to klieg lights, Duterte said he has no regrets. He said he would not know what would bring him to the crossroads in life.

The mayor vowed to abide with Comelec and accept its decision regarding the substitution process.

He reiterated that his decision is a matter of principle adding that this is his time to face the Filipino people. He highlighted the need to protect the Constitution.

If he makes it, part of his platform is to stop corruption and continue a hardline stance against criminality.

“Either makuha ko ang gusto ko (Either I will get what I want) or I will perish and go somewhere else,” he said.

Either I will deliver or I will resign and give to others the helm of the presidency. He mentioned the military and police which are better armed versus crime.

“I will give the Filipino a comfortable life…corruption has to stop…and criminality,” he said.

Duterte will not accept offers of money as campaign kitty.

If there are offers, Duterte said he would tell them not to invest on him but to invest on the country instead to help the economy.

While he vowed no compromise, he said he will look for other means to fund a campaign machinery.

Federalism will be the centerpiece of his campaign.

Below is the sketchy details updated by above stoy.

Davao City Mayor Rodrigo Duterte withdrew his certificate of candidacy (COC) for mayor with the Commission on Elections (Comelec) here past 11 a.m. Friday.

After the withdrawal of his COC, Duterte’s daughter Sara filed her COC as substitute.

The father and daughter came to the Comelec-Davao office almost at the same time.

Duterte is expected to file his COC for president before the Dec. 10 deadline for the filing of substitution. (PNA)

In your dreams: DFA promises to solve passport production backlog

The Department of Foreign Affairs again is making a horrible promise to solve the backlog in passport production from 15 to 20 days. Quite unbelievable. For their “official” pronouncement do not reflect the true situation on the “ground.” An overseas friend of mine just confirmed the opposite. On May 30, […]

This is a replay of President of the Philippines’ (POTP) State of the Nation Address (SONA), July 22, 2019. Very notable on this event was a delayed start of the program caused by the late arrival of President Rodrigo Duterte at the House of Representatives (Batasan Pambansa building). Out of […]

The parish church of Our Lady of La Porteria, one of the six in the town, gets the much needed roof renovation.

Rich Bicol towns flunk DOF’s fiscal stability scorecard Yes, 94 Bicol municiplaities, including the 16 that are first class, flunked in financial accomplishments according to the Department of Finance tally for local government units of the country. These municipalities dumped a dismal performance rating in the DOF’s LGU scorecard on […]

Mayor Rodrigo Duterte filed Thursday his Certificate of Candidacy (CoC) for mayor, finally ending all speculations he would eventually plunge into the presidential race in 2016. Duterte issued a special power of attorney for his executive assistant Lawrence “Bong” Go and City Administrator Melchor Quitain to file his candidacy at […]

Safety of Pope Francis’ visit in the hands of PNP

QUEZON CITY, 16 November (PIA) – Safety of Pope Francis’ visit in the hands of PNP. The forthcoming visit to the country of Pope Francis next year will receive the “whole of government approach” security from the Philippine National Police. This early, the PNP is making early preparations to ensure […]

Presented on the first part of this series, was how the 80 Philippine provinces ranked in tax revenue which is the sum of taxes on real property, business and other taxes. On this second installment the focus is on the individual province’s total non-tax revenue which consists of collections from […]

CamSur sustains P187.3-M loss on agri crops due to Amang

CamSur sustains P187.3-M loss on agri crops due to Amang. Tropical Storm Amang left Bicol not without wreaking havoc on agricultural crops in Camarines Sur. The province sustained agricultural losses pegged at P187.3 million according to the regional disaster council. Other provinces registered agricultural damages including Sorsogon at P23.2 milliion, […]

The Sandiganbayan Fifth Division on Wednesday issued an arrest warrant against Senator Jose Victor “JV” Ejercito and five others for the graft case filed against them by the Office of the Ombudsman (Ombudsman) for the alleged illegal procurement of P2.1-million worth of firearms. Also ordered arrested are the Bids and […]

Saying that she was given only two hours to decide, Atty. Leni Robredo finally filed her COC at the local Comelec office in Naga city, about 3:30 PM on Friday for the congressional seat of the third district of Camarines Sur. She will be the official bet of the Liberal […]

By Manilyn Ugalde Legazpi city, March 3 (PNA) –- The unfolding election episode in Albay this year is viewed as a boring one, with less excitement compared with the past electoral processes in the province and this city. The local non-government organization Pipol Against Graft and Corruption (PAGC) said that […]

Controversial Liberal Party member and (North) Cotabato Governor Emmylou Taliño-Mendoza faces corruption charges before the Sandiganbayan for illegal procurement in 2010 of diesel fuel worth P2.4 million from a gasoline station owned by her mother. Mendoza, who received the ire over the recent Kidapawan farmers bloody dispersal operation of the […] 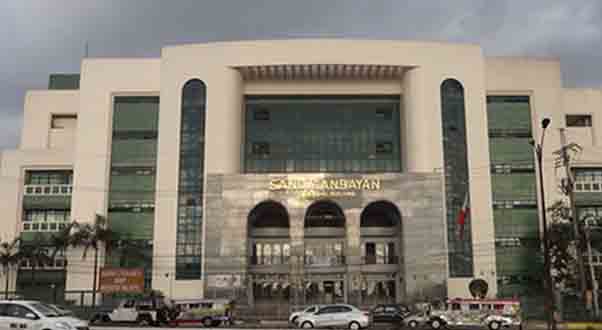 Leni meets Rody. Watch first “formal meeting” of Vice President Leni Robredo with President Rodrigo Duterte. VP Leni had her first courtesy call with the newest of Malacañang tenant. The Bicolana leader seemed awed by the power that be in the Palace, just watch her demeanor. She mostly showed utmost […]

Being a rabid fanatic, supporter and defender of President Rodrigo Duterte is a blessing in disguise. At least this is one windfall for Margaux Justiniano Uson also known as Mocha, the sexy dancer and blogger. She was appointed by Duterte as member of the Movie and Television Review and Classification […]

The thirteenth edition of the colorful and now popular “Voyadores festival” was held yesterday at the parochial grounds of Naga Metropolitan Cathedral. The show of colors and body movements through street dancing was focused on the alternative expression of piety and devotion to Our Lady of Peñafrancia (Ina) through music and vibrant dancing.

MANILA, Feb. 1 — While the fallen 44 Philippine National Police – Special Action Force commandos will never get their lives back, the Aquino administration is drumming up financial and livelihood packages for the beneficiaries of those left behind as palliative measure but unwilling to condemn the Moro Islamic Liberation […]

As many expected, former Philippine senator Bong Revilla on Friday was acquitted by the Sandiganbayan of the plunder case in relation to the misuse of P224 million pork barrel funds. Pork barrel funds were coated as Priority Development Assistance Fund (PDAF) of previous administrations. His co-accused, bussinesswoman Janet Lim Napoles […]

No record of abuse, captive army man freed by NPA in North Cotabato